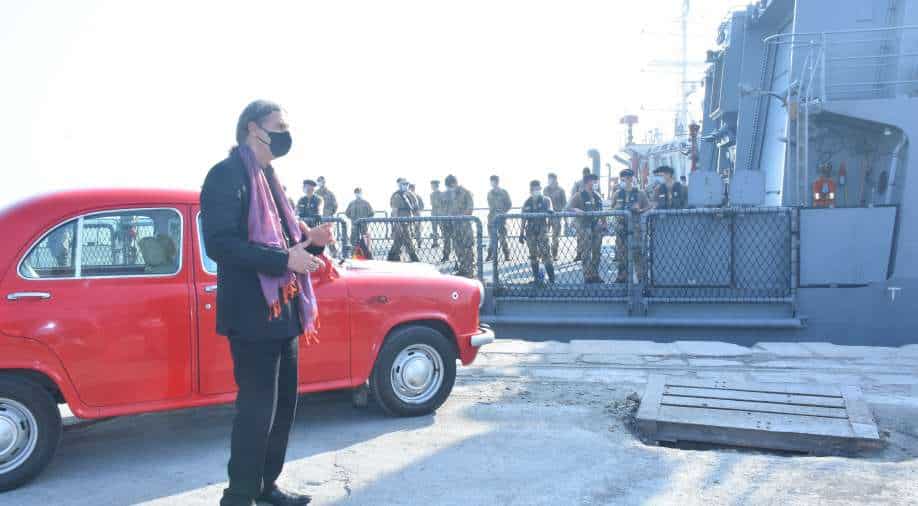 In 2020, the German government announced its policy on the Indo‑Pacific with the aim to strengthen the country's role in the region in the long term

Germany’s Ambassador to India Walter J Lindner has said that his country will intensify cooperation in the Indo-Pacific.

His comments come even as German frigate FGS Bayern (F217) made a port call to Mumbai as part of its seven-month deployment to the Indo-Pacific region.

He said, "It is the beginning of intensified cooperation…”

Germany, along with other European countries like France, UK, have upped the engagement in the region.

Asked if Germany will join any diplomatic group or exercises such as the Malabar exercises, the top German envoy said, “Not going in details. In general, we will be more active in the Indo-Pacific region. We will see what kind of organisation it means and includes—whether it’s a military organisation or a diplomatic organisation. It shows that our focus is shifting more to the region than it was before.”

The Malabar exercise is an annual naval exercise between India, US, Australia and Japan in the region.

In 2020, the German government announced its policy on the Indo‑Pacific with the aim to strengthen the country's role in the region in the long term.

Envoy Lindner, who was on the visit of the frigate, explained, that it’s a “symbolic act that we walk the talk, we are just not issuing nice papers in strategy, but we send a symbol”.

The visit of the German frigate to Mumbai marks the last stop of its deployment, after a decade-long presence in the Indo-Pacific.

The ship also helped enforce the UN-administered arms embargo against North Korea prior to its journey through the South China Sea.

The envoy’s visit coincided with the visit of the chief of the German Navy, Vice Admiral Kay-Achim Schönbach to Delhi.

Commander Tilo Kalski of the frigate, who was also present at the virtual presser, said, “This tour has been kind of an ice breaker, kind of the beginning of new era”.

Indo-Pacific has emerged as one of the key focuses of the world leaders, given that it houses more than 50 per cent of the world population, and a substantial trade passes through its waters.

Speaking on China, the envoy said that Beijing is a “partner in some respect for the global challenges" it is also an "economic competitor and a systemic rival which means we have a different system. We have a democratic system just like India has.”

On the Chinese aggressiveness in the region, he said. “We don’t turn a blind eye on (such) behaviour that threatens international law...We are in favour of respect for the rules-based international community.”