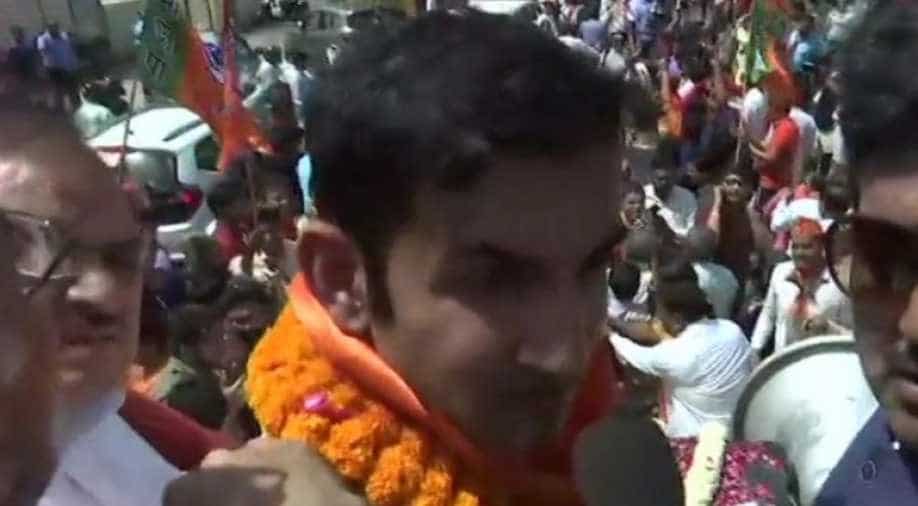 On Monday, the BJP had announced that Gambhir would contest the ongoing Lok Sabha polls from East Delhi Lok Sabha constituency.

Cricketer-turned-politician Gautam Gambhir on Tuesday held a roadshow here ahead of filling his nomination papers as the BJP Lok Sabha candidate from East Delhi.

Amid loud cheers, Gambhir waved to hundreds of people during the roadshow.

"I really want to contribute something to the country and whatever our Prime Minister has done in the last five years.

I want to take that legacy forward. I will try to work as much as I can with an honest heart and clear intentions," Gambhir told ANI.

On Monday, the BJP had announced that Gambhir would contest the ongoing Lok Sabha polls from East Delhi Lok Sabha constituency.

Gambhir is pitted against Congress` Arvinder Singh Lovely and Atishi of AAP from the seat.

A Padma Shri awardee, Gambhir joined the BJP on March 22 in the presence of Union Ministers Ravi Shankar Prasad and Arun Jaitley.Delhi, which has seven Lok Sabha constituencies, will go to polls on May 12.

The counting of votes will take place on May 23.