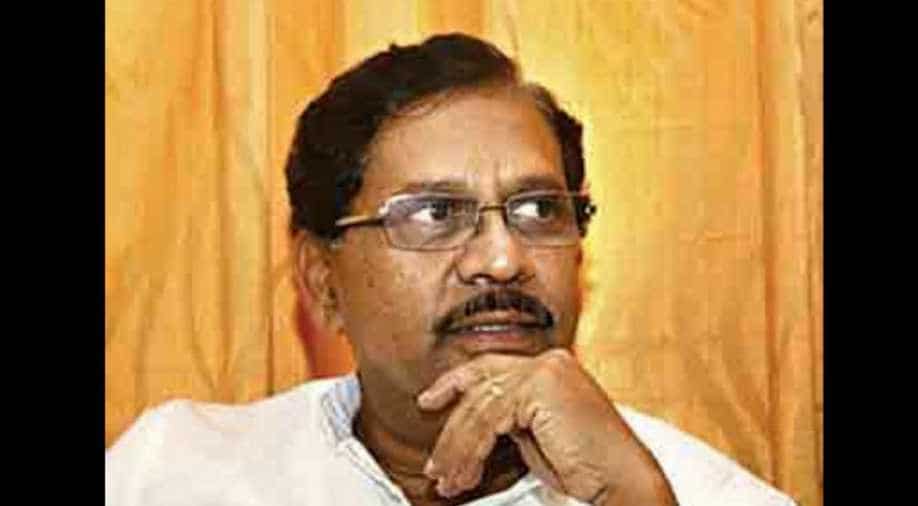 Speaking to reporters here, he said 'we are also yet to decide on what portfolios have to go to them and what should be with us'

A day ahead of the trust vote, Karnataka Deputy Chief Minister G Parameshwara today said the Congress-JD(S) coalition was yet to discuss modalities about H D Kumaraswamy continuing as Chief Minister for a full five year term.

"We have not yet discussed those modalities," he said in response to a question whether Kumaraswamy will be the Chief Minister for full five-year term.

Speaking to reporters here, he said "we are also yet to decide on what portfolios have to go to them and what should be with us, then five years term- whether they should be or we should also...All those modalities we have still not discussed."

When asked again whether Congress was okay with giving Chief Minister's post to JD(S) for full a five-year term, Parameshwara, also the KPCC chief, said "...After discussing... Looking at the pros and cons (we will decide), our main intention is to give good administration."

Ahead of his swearing-in, Kumaraswamy had dismissed reports about his party working out a power-sharing formula of heading the government for 30 months each, with its coalition partner the Congress, saying "No such talks have taken place."

Responding to a question about several leaders being unhappy over party's choice for the Deputy Chief Minister post and on issues relating to portfolios, Parameshwara said, no one has sought any position from him or Congress president Rahul Gandhi.

"I have seen reports about (this) only in the media," he said.

Ruling out any differences between the leaders, he said there was nothing wrong in asking for a position.

"It is left to the party high-command to decide on who has to be given what position in this situation when we are in a coalition government," he said.

Asked about senior Congress leader D K Shivakumar being unhappy and holding a separate meeting with a few MLAs, Parameshwara said, "all MLAs are together and we will be successful in the floor test."

"Discussions, group meetings may have happened or not, but above all the fact is that we are united. I can say only this," he added.

Reports said Shivakumar, who was also a contender for the deputy chief minister's post, was unhappy with the party leadership.

Shivakumar, who emerged as a key figure in keeping the party MLAs together before the trust vote of BJP's Yeddyurappa government, was reportedly upset over not getting the Deputy CM post.

About his continuation as KPCC president, Parameshwara said he has not heard anything from the high command on the matter, but he might have to opt for one position.

Asked about the demand that Shivakumar be made party chief, Parameshwara said, "it is a happy thing if he becomes president as an experienced politician and leader will lead the party."

On whether there will be another Deputy Chief Minister along with him, he said was not aware of it.

"I don't have such information, and no such discussions have taken place."

After the floor test Congress and JD(S) leaders along with the Chief Minister would sit together to decide on a coordination committee, Parameshwara said.

"At the same time, we will form an empanelled group to formulate a common minimum programme," he said.

Claiming that the party was not defeated in the election as Congress' vote share was more than the BJP, Parameshwara said a committee would be formed and it would travel across the state and find reasons for the party's defeat.

He, however, tried to put the blame on EVMs for the party's performance in some areas.

"...There are several reasons that are being mentioned, some are even saying that EVMs were manipulated. We will get to know about these things when we go to the spot," he said.

Parameshwara said he felt that there may be a possibility that EVMs were manipulated.

He said the party has got information that in a few constituencies where there was 70-80 per cent Congress voters, there also BJP got the highest lead. "So there is a suspicion (about EVMs being manipulated)," he said.

He said he was not complaining that EVMs were manipulated in all 222 constituencies that went to polls.

Pointing out that his party had demanded ballot papers instead of EVMs ahead of the May 12 elections, Parameshwara said "In the days to come we will demand for ballot papers and we don't want EVMs."