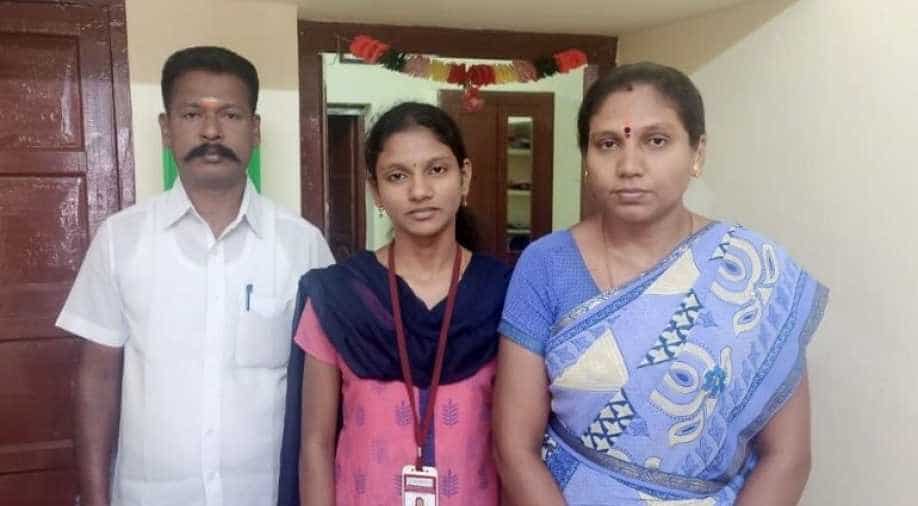 Mohandoss, who owns a salon in the southern state of Tamil Nadu’s temple town Madurai says that he or his family didn’t expect any recognition or rewards when they donated a large part of their savings for helping the needy during the lockdown.

His deed, which was inspired by his 13-year old daughter’s concern for the poor and needy was first lauded by India’s Prime Minister Narendra Modi in his radio address Mann Ki Baat. Now, barely a couple of days after the first surprise, Mohandoss's daughter Nethra has been appointed Goodwill Ambassador to the poor for UNADAP (United Nations Association for Development and Peace) under the civil society projects.

According to the communication from the UN Body, she would be given an opportunity to speak at the UN conferences in New York and Geneva, addressing the civil society forums and conferences. She has also been awarded a Dixon Scholarship and 1 lakh rupees have been credited in her mother’s bank account.

Nethra’s father told WION that she aspires to become a civil servant and work towards alleviating poverty and hunger.

“We have spent our savings (of Rs 5 lakh) for the welfare of the needy, because our daughter felt that we could always earn it back, but that isn’t daily the case with those who are struggling for even a meal.”

Over the last 20 days, the family’s salon has been in operation, following a nearly two-month lockdown.

Mohandoss says that customers have been visiting in good numbers and also expressing their appreciation. “We have received phone calls expressing gratitude from people whom we have known and complete strangers. We never imagined that we would get calls from the IAS officers, ministers, collector, police officials etc” he said.

He adds that their philanthropic work will continue and that there are a lot of people who have approached them to offer their contributions. “We have politely said no to cash contributions and agreed to accept rice, vegetables and groceries, which we can donate to the needy.”

The family is also grateful to their daughter’s school which has been bearing her educational expenses for over two years now.