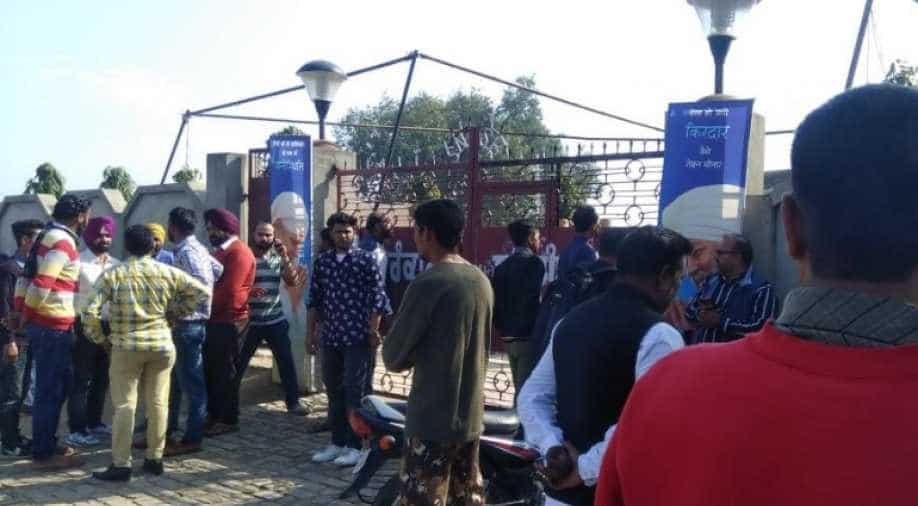 The intelligence agencies had warned that Kashmiri terrorists may be in the state. Photograph:( ANI )

Residents of Saidipur village claimed to have spotted suspicious movement of around four people, suspected to be 'terrorists'.

Ten days after the terror attack on Nirankari Bhawan in Rajasansi area on November 13 in Amritsar district of Punjab in which 3 people were killed and nearly 20 others were injured, four suspected 'terrorists' were spotted in Pathankot's Saidipur village on Friday night, prompting the state police to launch a massive search operation.

Residents of Saidipur village claimed to have spotted suspicious movement of around four people, suspected to be `terrorists.` Police have also recovered an abandoned white Alto car, which was found around 25 km away from Pathankot, near Bamiyal area.

The car was also spotted by the villagers.

Police said, "We have cordoned off the area. Search is on. We have appealed to the people to give us any relevant information if they have and cooperate with us. The abandoned car can`t yet be linked to the suspicious men. A probe in this regard is on separately." Police have, however, confirmed that the car carries the registration number of Jammu and Kashmir.

According to police, Balbir Singh, a resident from Saidipur village, saw three to four suspicious men on Friday night. He first informed the village sarpanch in this regard.

Then the police were told about the incident, which immediately rushed to the spot and began the search operation after cordoning off the area.

It is worth mentioning that last week the Punjab Police launched massive search operations after its counter-intelligence wing informed that some Jaish-e-Mohammad terrorists reportedly entered Delhi from the state.

It is noteworthy that Saidipur village where four suspected 'terrorists' were spotted is just 13 km away from Pakistan border.