Hampi vandalised: Four fined Rs 70,000 each, made to put pillars back up 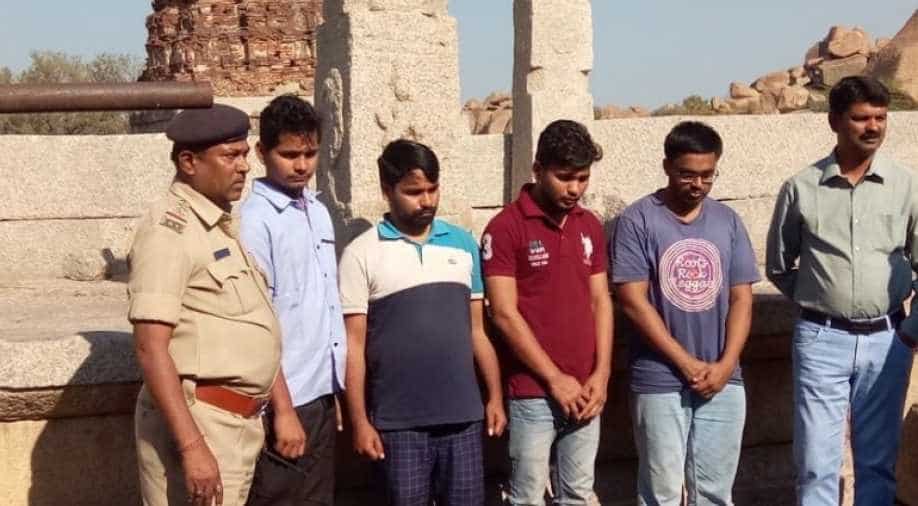 A year-old video of the four pushing the pillars over had gone viral on social media a few weeks ago. Hampi is a UNESCO world heritage site.

Four people who vandalised ancient pillars in the temple ruins of Hampi earlier this year helped restored it and paid Rs 70,000 fine each after being ordered by a Karnataka court.

Hampi: Four youths (standing in the middle in 1st pic) who vandalised ancient pillars at a temple in world heritage site Hampi earlier this year, helped restore the pillars yesterday & paid Rs 70,000 fine each after being ordered by a Karnataka court. pic.twitter.com/vF5cFc2JSZ

After the video went viral locals staged a protest demanding adequate protection for the ancient monuments.

Hampi, an ancient village in Karnataka is dotted with numerous ruined temple complexes from the Vijayanagara Empire.

It is believed to have been the country's richest city, which attracted traders from Persia and Portugal.