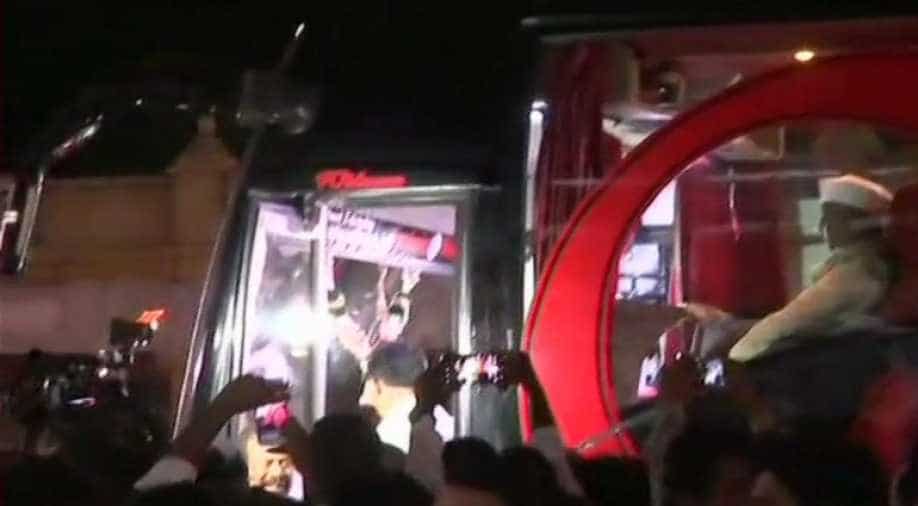 The absence of four lawmakers posed no imminent threat to the seven-month-old Congress-JDS government headed by H D Kumaraswamy.

Faced with internal rebellion, Karnataka Congress on Friday shifted all its MLAs to to Eagleton resort following crucial Congress Legislature Party (CLP) meet which was skipped by four 'dissidents'.

The CLP meeting was called as a show of strength in a counter to an alleged bid by the BJP to topple the coalition government in Karnataka.

The absence of four lawmakers posed no imminent threat to the seven-month-old Congress-JDS government headed by H D Kumaraswamy but suggested that all was not well within the Congress which has been hit by dissidence.

In a notice issued to Congress MLAs ahead of the meeting, CLP leader and former chief minister Siddaramaiah had warned that absence of MLAs would be viewed "seriously" and action taken against them under the Anti-Defection Law.

As the meeting got underway, Congress sources said the absentee MLAs were: Ramesh Jarkiholi, who was dropped as minister in the recent cabinet rejig and is said to be extremely unhappy over it, B Nagendra, Umesh Jadhav and Mahesh Kumatahalli.

Jadhav has written to Siddaramaiah noting that a letter about the meeting has been affixed outside his room at the Legislators Home and that since he is unwell and not able to travel, he would not attend the meet.

He requested that his absence may be "excused."

Nagendra had said Thursday he may not be able to be present in the CLP meet because of a court case.

Earlier, as the CLP was underway, Yeddyurappa said several legislators appeared to be attending the meet out of compulsion.

"Let them indulge in squabbles... We have nothing to do with it."

He said the ruling coalition was claiming the support of some BJP MLAs and it was because of this that the party had decided they should stay together in a hotel in Gurugram.

In the 224-member Assembly, BJP has 104 members, Congress-79, JDS 37, BSP, KPJP and Independent one each, besides Speaker. BSP is supporting the government.

Two Independents have announced the withdrawal of their support to the government. Yeddyurappa claimed they are backing the BJP.