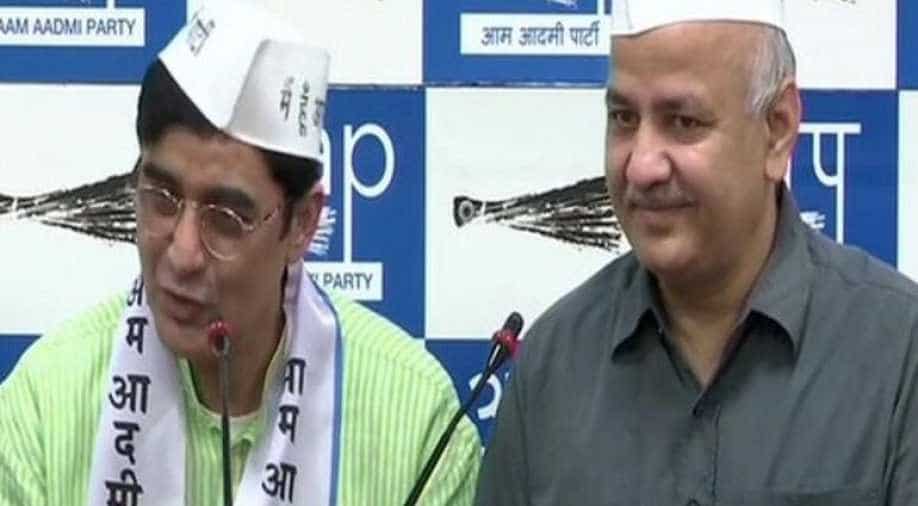 Lauding AAP for its policies, Kumar said that people from Jharkhand and Bihar, who are residing in Delhi, are getting benefited.

After being inducted into the party, Kumar said AAP is the answer to today's politics.

"Common people like us should come forward and cooperate in honest politics and politics of good governance. AAP is the answer to today's politics. I thank Manish Ji, Arvind Ji (Kejriwal), Saurabh Ji (Bharadwaj) and Durgesh Ji (Pathak) for inducting me into the party," said Kumar, a former 1986-batch IPS officer.

Lauding AAP for its policies, Kumar said that people from Jharkhand and Bihar, who are residing in Delhi, are getting benefited.

"You are all aware of AAP's policies on health, education, water, and electricity. If you see Jharkhand and Bihar, the poor, middle-class people who are in Delhi and those who are doing their job here are getting benefited. Parents are now sending their children to government schools instead of private schools," the 57-year-old leader said.

Asked about his role in AAP in the forthcoming Jharkhand Assembly polls, Kumar remarked, "I have joined today. I will have to wait for the party to assign any responsibility to me."

In August, Kumar had resigned from the post of Jharkhand Congress president.

He was elected to the Lok Sabha in July 2011 in a mid-term election on a ticket of Jharkhand Vikas Morcha (Prajatantrik).

He joined Congress in August 2014 and was appointed the party's state unit president in November 2017.