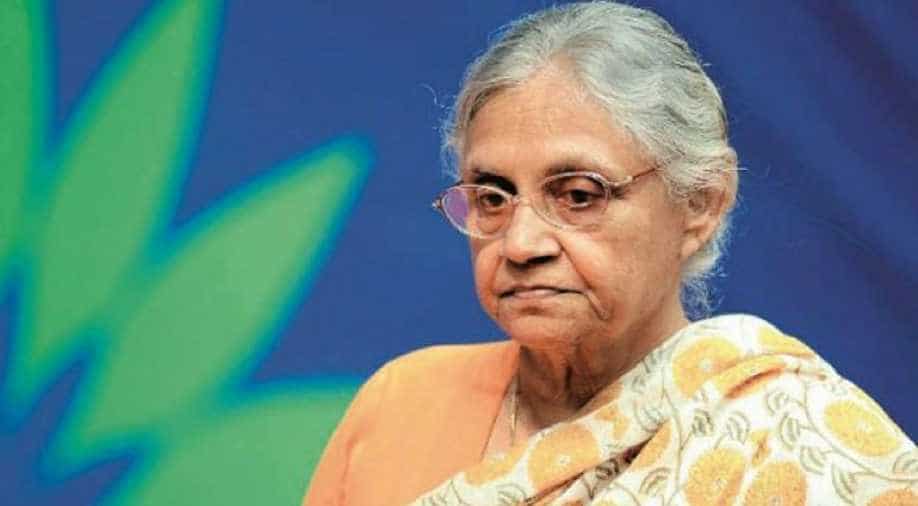 The 81-year-old Congress veteran has served as Delhi chief minister for 15 years.

According to reports, Dikshit passed away today afternoon after suffering a cardiac arrest. Her final rites will take place on Sunday.

"Sheila Dikshit was managed well by a team of doctors. At 3:15 pm she again suffered a cardiac arrest. She was put on ventilator and at 3:55 pm she passed away peacefully," Dr Ashok Seth, Director of Escorts Fortis, New Delhi told media.

Born in the year 1938, Dikshit was the longest serving chief minister of the national capital.

Former Delhi Chief Minister Sheila Dikshit's body was taken to her Nizamuddin East residence on Saturday and the last rites will take place on Sunday afternoon.

"Her last rites will be performed at 2.30 pm at Nigam Bodh Ghat crematorium", Delhi Congress said.

Dikshit had undergone bypass surgeries in the past and had been in and out of hospital recently as she was not well.

For the second time in a row, the Congress party drew a blank in the national capital in recently concluded parliamentary elections. BJP won all seven Lok Sabha seats in the city.

Deeply saddened by the demise of Sheila Dikshit Ji. Blessed with a warm and affable personality, she made a noteworthy contribution to Delhi’s development. Condolences to her family and supporters. Om Shanti. pic.twitter.com/jERrvJlQ4X

According to a press release, Dikshit took this decision "keeping in line with the report submitted by the five-member fact-finding committee constituted for the Lok Sabha elections 2019."

Dikshit's sudden demise came as a shock to the nation with condolences pouring in from all across.

"We regret to hear of the passing of Smt Sheila Dikshit. Lifelong congresswoman and as three time CM of Delhi she transformed the face of Delhi. Our condolences to her family and friends. Hope they find strength in this time of grief," read a post tweeted by Congress party.

The passing away of former Chief Minister of Delhi, Smt. Sheila Dixit is deeply saddening. She was a tall Congress leader known for her congenial nature.

Sheilaji was widely respected cutting across party lines. My thoughts are with her bereaved family & supporters. Om Shanti!

Prime Minister Narendra Modi described Dikshit as a "warm and affable personality" and condoled her demise.

"Deeply saddened by the demise of Sheila Dikshit Ji. Blessed with a warm and affable personality, she made a noteworthy contribution to Delhi’s development. Condolences to her family and supporters. Om Shanti," PM Modi tweeted out.

Just now got to know about the extremely terrible news about the passing away of Mrs Sheila Dikshit ji. It is a huge loss for Delhi and her contribution will always be remembered. My heartfelt condolences to her family members. May her soul rest in peace