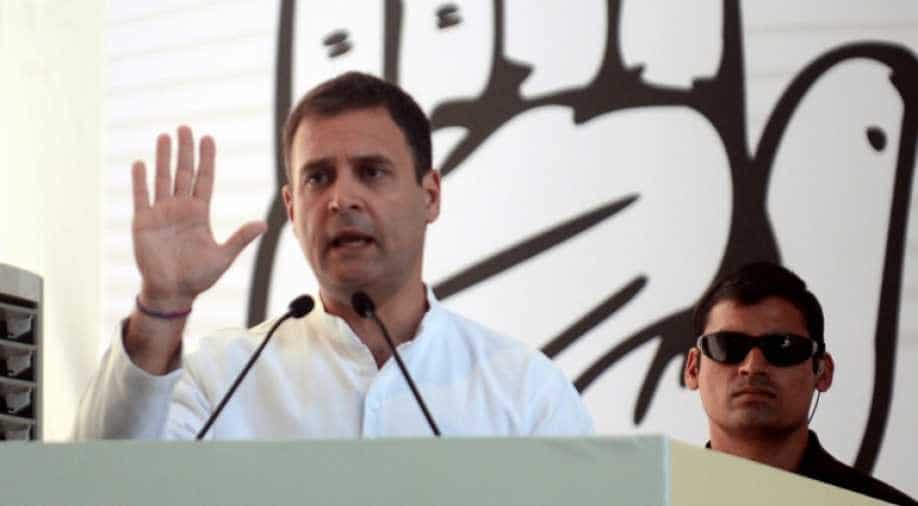 Congress announced that it would set up a separate council on foreign policy if it came to power in the upcoming Lok Sabha election.

Terror emanating from Pakistan, India's bid for UNSC and NSG Membership and working with SAARC are foreign policy focus areas in the manifesto released by Indian National Congress for the 2019 General Election on Tuesday.

On terror emanating from Pakistan, the Congress manifesto said, "Congress will take determined steps to persuade other countries to compel Pakistan to verifiably end its support to the terrorist groups that it shelters."

It is important to note that the 2014 manifesto of Congress focused on dialogue with Islamabad depending on its action on terror infrastructure. The 2014 manifesto said Congress will "calibrate the dialogue consistent with delivery on accountability for 26/11 as well as dismantling of the infrastructure of terrorism" when it comes to ties with Pakistan.

On efforts to combat the scourge, the grand old party in the 2019 manifesto said it "will persuade the United Nations to constantly review the list of terrorists and to expand the scope of sanctions."

It has also proposed to establish "effective mechanisms" with Sri Lanka and Pakistan to resolve the problems faced by fishermen.

SAARC is on a standstill after India along with Bangladesh, Bhutan, Afghanistan, Sri Lanka and the Maldives boycotted the 19th SAARC summit in Islamabad in the aftermath of the 2016 Uri terror attack perpetrated by Pakistan based United Nations listed terror organisation — Jaish-e-Mohammed.

The Congress has also announced that it will establish a national council on foreign policy consisting of members of the cabinet committee on security, scholars, diplomats to advise the govt.

Other than this the party in the manifesto said that it will increase the size of Indian foreign service, "induct domain experts" and open more missions abroad.

There wasn't any direct mention of China in the foreign policy section of the manifesto but under the border security section, the party said, if voted to power it will accelerate the construction of border roads "especially, the India-China border."