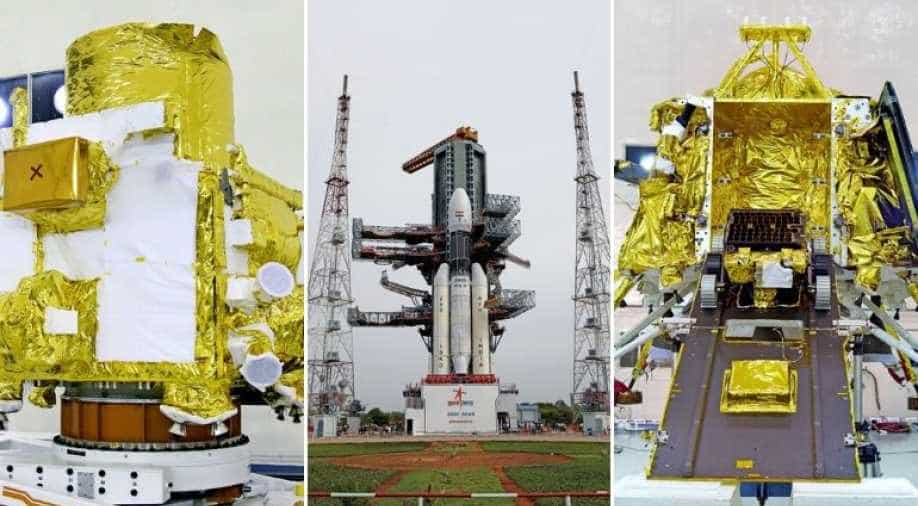 The Chandrayaan-2 is set to blast off at 2:45 am on April 15 in Satish Dhawan Space Centre in Andhra Pradesh's Sriharikota.

India will step up the international space race on Monday when it launches a low-cost mission to become only the fourth country to land a probe on the Moon.

The Chandrayaan-2 is set to blast off at 2:51 am on July 15 in Satish Dhawan Space Centre in Andhra Pradesh's Sriharikota.

Chandrayaan-2, which has home-grown technology, will explore the far sight of South Pole of Moon where no mission has ever set foot.

"Although India’s space program began as early as the 1960s, it has gained new prominence under Prime Minister Narendra Modi...PM Modi has promoted the space program as a symbol of the country’s rising stature internationally and a bulwark of its defence capabilities," the Washington Post stated in its report.

In pics: Chandrayaan-2 — ISRO gears up to launch second sojourn to the moon

"The success of the mission is going to boost national morale and contribute to [India’s] scientific endeavours in ways ranging from academic research to national security. The mission is completely indigenous, with heavy participation from the private sector and academia, involving young scientists from across the country—a reflection of India’s rising scientific temper," America's Scientific American reported in its story.

"The mission will also serve as a proof of principle, demonstrating that India possesses the technical prowess not only to land on the moon but also to remotely operate a robotic rover there," the report added.

The Guardian newspaper reporting the same stated, "At 2.51am on Monday 15 July, engineers at India’s national spaceport at Sriharikota will blast their Chandrayaan-2 probe into orbit around the Earth. It will be the most ambitious space mission the nation has attempted."

Watch: A brief history of every moon mission in the history of space exploration

Another US-based Newspaper The New York Times said "For India, reaching the moon would highlight its technological advances" in its report.