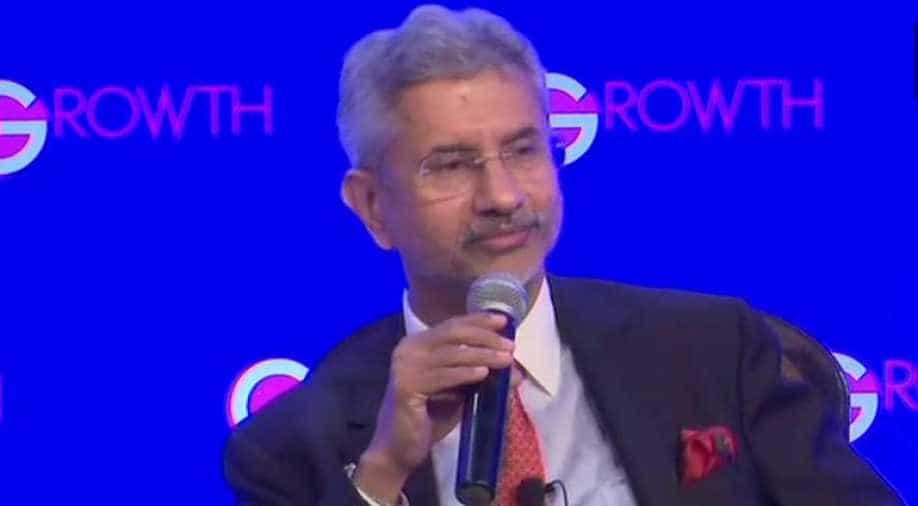 'There is big responsibility on the External Affairs Ministry to focus on project execution which has strategic significance,' he said.

Addressing his first press conference after taking over as the External Affairs Minister S Jaishankar on Thursday emphasised on the importance of focusing on "external aspects" for economic growth.

Speaking at a seminar in Delhi Jaishankar said, "Today, if we want to propel economic change, I think there is a greater responsibility for Indian foreign policy to focus on external aspects of it, to create partnerships and mechanisms which help Indian businesses do their business outside the country".

"There is big responsibility on the External Affairs Ministry to focus on project execution which has strategic significance," he said.

Talking about the Modi government's first five years in power he said, "large majority of people in India have recognised that the country's stature has risen in the world in last five years".

"Third which is actually longer term change is sort of global re-balancing, sharpest manifestation of that is rise of China, to some extent rise of India as well but overall if you look at it in a 20-year time frame, it's very clear relative weights of global economies are changing," Jaishankar said.

"Today, the emphasis is on tighter integration, the ability for different departments and ministries to work together. I have been a minister for less than a week and I have already spent more time with finance and commerce minister than I may have even spent in my own ministry."

Jaishankar said that India's growth in South Asia was important for the neighbouring countries as it was the largest economy (in South Asia).

"Primary responsibility is on India because we are the largest economy (in South Asia), in that sense our growth can serve as a lifting tide for all our neighbours,if that happens,I don't think we should over-negotiate that. Need to incentivise the cooperation in the neighbourhood, " he said.

"SAARC has certain problems and I think we all know what it is even if you were to put terrorism issue aside, there are connectivity and trade issues. If you look at why BIMSTEC leaders were invited for PM's swearing-in because we see energy, mindset and possibility in BIMSTEC, " the External Affairs Minister said.