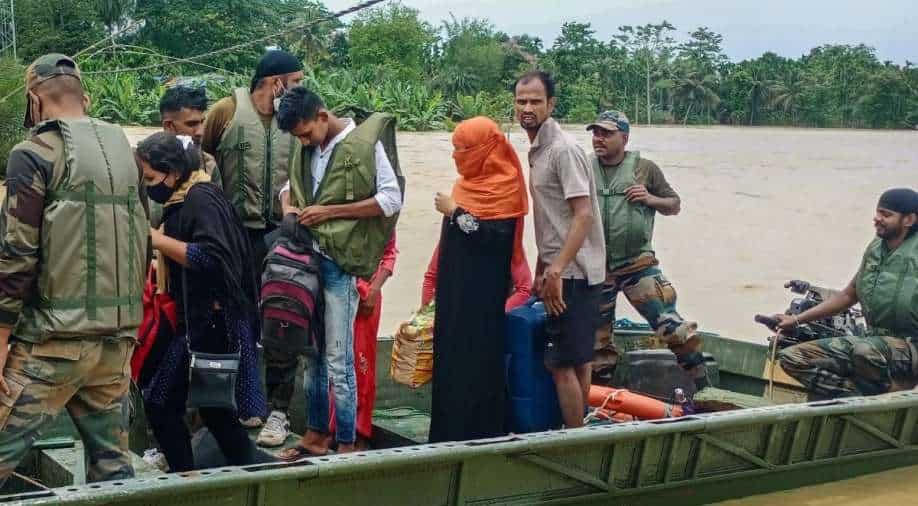 Rain continued to batter the mountainous region in Dima Hasao district on Wednesday, damaging the Lumding-Badarpur single line railway route, which connects Tripura, Mizoram, Manipur, and the southern part of Assam with the rest of the country.

The flood situation in Assam worsened on Wednesday, with one more person killed in Darrang district, bringing the total number of people killed in the current pre-monsoon floods and landslides in Assam to nine, according to officials. More than 6.62 lakh people have been affected in 27 of the state's 34 districts.

According to Assam State Disaster Management Authority authorities, at least 6,62,385 individuals have been affected, including 1,25,491 children and 2,44,216 women, and roughly 8,260 dwellings have been partially or fully demolished in 1,414 villages across 27 districts.

In the flood-affected districts, over 46,160 hectares of cropland have been flooded, and over 48,304 people have taken refuge in 135 rescue camps.

Rain continued to batter the mountainous region in Dima Hasao district on Wednesday, damaging the Lumding-Badarpur single line railway route, which connects Tripura, Mizoram, Manipur, and the southern part of Assam with the rest of the country.

"Out of the 56 affected locations, in around 12 locations, restoration work has been completed, but the work in major affected areas is yet to start due to the inclement weather," an NFR official told IANS from the NFR headquarters in Maligaon.

Officials claimed that the continuous rain, combined with the rough terrain, had a significant impact on the restoration and repair work, which could take several weeks. For the previous five days, this train link has been shut down.

The Army, Assam Rifles, National Diaspora Response Force, and State Disaster Response Force, as well as district governments, are working around the clock to rescue stranded people and offer help.

Amit Shah spoke with Chief Minister Himanta Biswa Sarma over the phone on Tuesday about the overall flood situation in Assam and assured him of all possible assistance from the central government.