First international delegation to visit Kashmir since abolition of Article 370 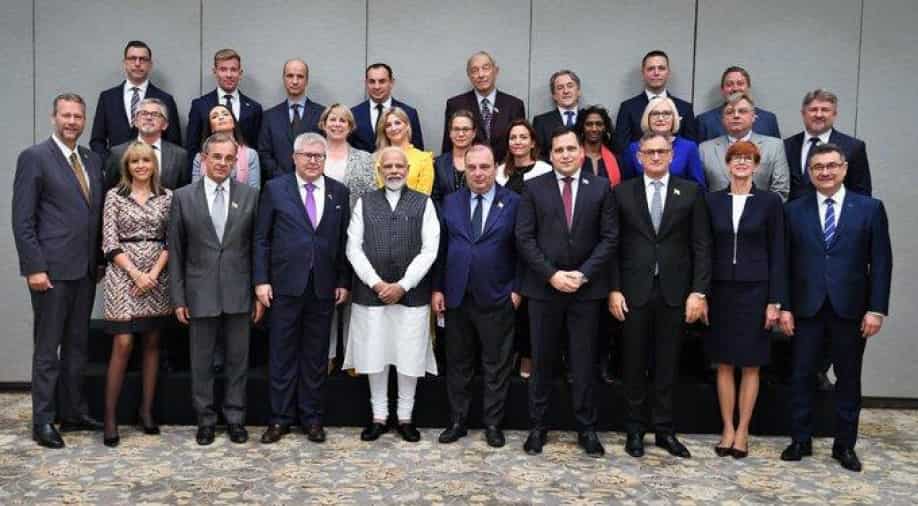 The Indian Prime Minister Narendra Modi and the country's National Security Advisor Ajit Doval met the visiting members of European Parliament and briefed them about the developments in Jammu and Kashmir.

85 days after the Centre annulled Article 370 and bifurcated Jammu and Kashmir into two Union Territories, a 28-member European Union Parliamentarians will visit the region on Tuesday, the first such visit by an international delegation.

The Indian Prime Minister Narendra Modi and the country's National Security Advisor Ajit Doval met the visiting members of European Parliament and briefed them about the developments in Jammu and Kashmir.

PM expressed hope that the MEP--Members of the European Parliament will have a "fruitful'' visit to various parts of the country, including to Jammu and Kashmir and their "visit to Jammu and Kashmir should give the delegation a better understanding of the cultural and religious diversity of the region of Jammu, Kashmir and Ladakh, apart from giving them a clear view of the development and governance priorities of the region."

He also raised the issue of cross border terror and said " Urgent action must be taken against all those who support or sponsor terrorists or support such activities and organizations or use terrorism as a state policy''.

There should be zero tolerance for terrorism, he added.

A source said Pakistan sponsored protests against India in different parts of European Union in last few months was also raised which PM said was "deliberate mischief by Pakistan ''deep state'' to create a false impression about India on Kashmir".

The source added, "EU MEPs welcomed the steps taken by India in Kashmir, especially ending discrimination and going against corruption after the abrogation of Article 370 which now gives equal rights to all in J&K at par with India."

The NSA briefed them about Pakistan sponsored terror and provocation by Islamabad since August 5 when Jammu and Kashmir was stripped of special status.

The visit comes even as there has been criticism over India keeping the region locked down.

Last week at a US congressional panel, some US Congress members slammed India for its handling of the situation in the valley post abrogation of article 370 to which US govt highlighted the issue of cross border terrorism emanating from Pakistan among other things.