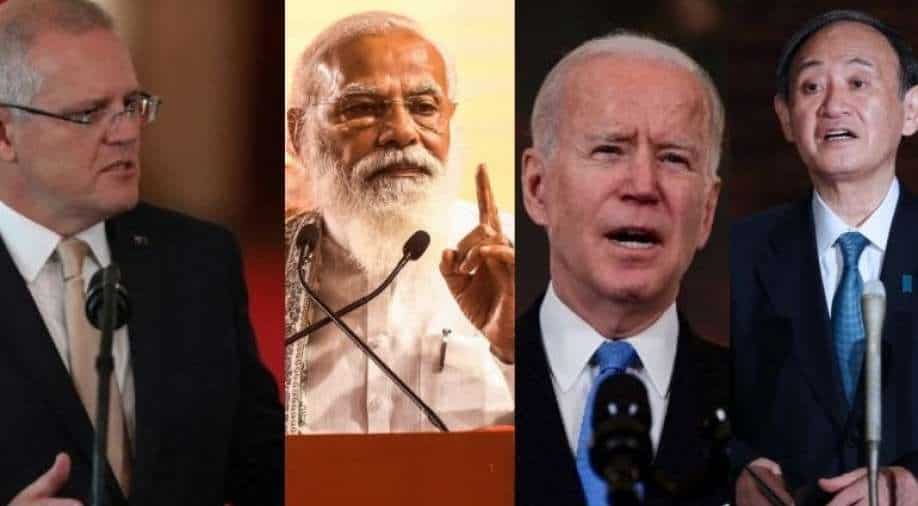 Quad is seen very suspiciously by China which has termed it "Asian NATO" something that has been dismissed by the grouping.

In a significant development for the world and the region, the first-ever summit of Quad leaders is being planned and is expected to take place very soon.

While no time schedule is known as of now, the meet, expected to be held virtually, will bring together US President Joe Biden, Indian Prime Minister Narendra Modi, Australian Prime Minister Scott Morrison, and Japan's Yoshihide Suga.

"We are looking forward to those discussions and follow-up face-to-face meetings as well,"  he said, adding that such meets will become a "feature of the Indo-Pacific engagement".  It will, however, not have a big bureaucracy, with a big secretariat, he added.

"It will be four leaders, four countries working together constructively for the peace, prosperity and stability of the Indo -Pacific".

The Australian PM also recalled how the summit was "one of the first things" he had discussed with Biden when both spoke after the US president took office.

"The Quad is very central to the United States and our thinking about the region. Looking at the Indo-Pacific also through the prism of our ASEAN partners, their vision of the Indo-Pacific," the Australian PM added.

Quad is seen very suspiciously by China which has termed it "Asian NATO",  something that has been dismissed by the grouping.

The dialogue was first initiated in 2007 by the then Japanese prime minister Shinzo Abe but lost support, only to re-emerge in 2017 when leaders of the grouping met.

Last year saw Australia being invited to Malabar exercises which saw all four Quad countries coming under one umbrella for naval exercises in the Indian Ocean.

Amid the COVID-19 pandemic, Quad plus meetings took place at the foreign secretary-level to exchange best practices.