Fire breaks out at under-construction Navy warship in Mumbai, 1 dead 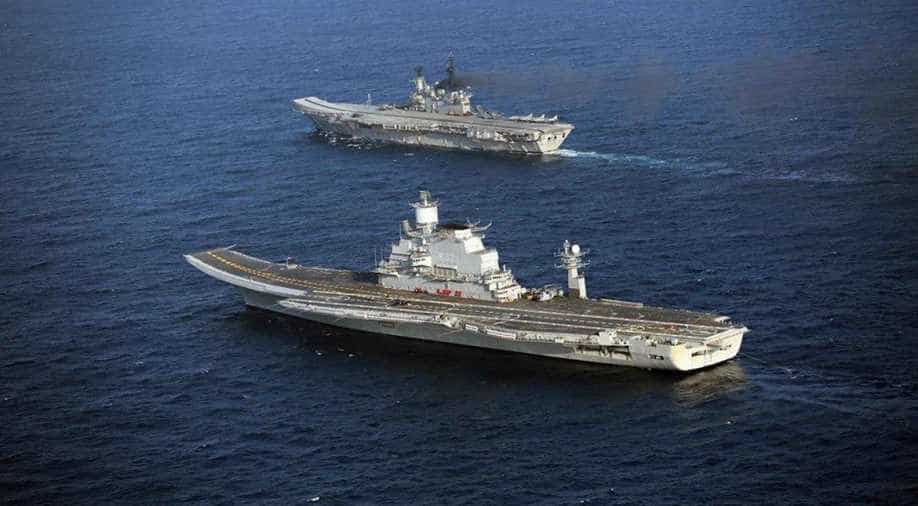 A major fire broke out at an under-construction warship of the Navy at Mazgaon Dockyard in Mumbai on Friday evening.

One contract worker succumbed to his injuries, while another has sustained minor burns.

The fire took place on Yard 12704 (Visakhapatnam), the first class of Project 15 B during operations in tank at MDL.

The fire which broke out at around 5:44 pm was brought under control by 7 pm.

About eight fire tenders were rushed to the spot to douse the fire which did not spread to any other deck except for the second and the third.

The authorities have launched an enquiry to ascertain the cause of the fire.

Eight fire-fighting engines, along with quick-response vehicle, have been pressed into service to extinguish the blaze, he said.

"Fire is confined to second and third deck of the warship. Fire-fighting operation is underway along with Dockyard fire-fighters. Smoke has spread in the warship," Rahangdale said.

"The cause of the fire will be ascertained after a proper inquiry, but the first priority is to douse the fire with a minimum loss," another fire brigade official said.

Mazgaon Dockyard is the only facility in India having the capability to build submarines. Visakhapatnam, the largest warship of its class, was unveiled for construction in Mazgaon Docks in April 2015.

It is the first of the four stealth guided missile destroyers to be built under Project 15-B Class.