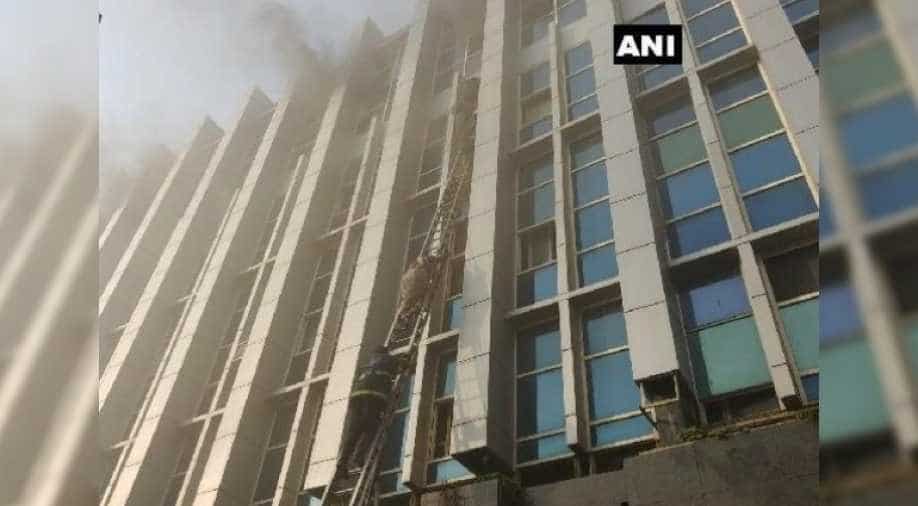 Rescue operations continue with as many as 10 fire tenders,1 rescue van and 16 ambulances at the site.

A massive fire broke out at the ESIC Kamgar Hospital in Mumbai's Andheri on Monday.

At least six people are dead. ANI meanwhile reported that 147 people had been rescued so far.

Rescue operations continue with as many as 10 fire tenders, 1 rescue van and 16 ambulances on spot.

A number of doctors, nurses, and patients are feared trapped in the ESIC Kamgar Hospital, the department said.

#UPDATE Death toll rises to 6 in the fire that broke out in ESIC Kamgar hospital in Andheri, Mumbai. 147 people have been rescued till now. https://t.co/bCSbsAOxHZ

As per the officials, the injured have been rushed to Cooper Hospital, P. Thakrey Hospital (Trauma), Holi Spirit Hospital and Seven Hills Hospital for treatment, news agency ANI reported.

The fire brigade got a call around 4 pm about the blaze at the government-run ESIC Kamgar Hospital located at Marol in suburban Andheri, the official from the city civic body's disaster management cell told news agency PTI.

"Some people are feared trapped...rescue operation is going on," an official said.