Final NRC list to be declared today in Assam; security beefed up 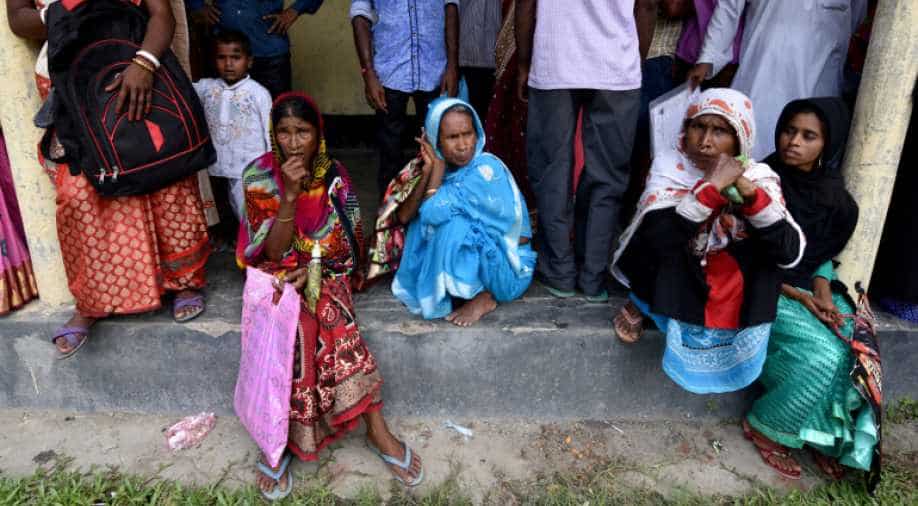 Security is beefed up in Assam as the state is all set to release the publication of the final list of the government`s National Register of Citizens (NRC) on Saturday.

The district police are taking all the precautions to avoid any untoward situation.

Several districts including Barpeta has been declared as 'sensitive districts'. Violence had broken out in Barpeta during the NRC pilot project in 2010 and four people were killed in the police firing.

Discussing the steps being taken, Superintendent of Police Barpeta, Dr Robin Kumar said, "This district consists of 178 NRC Sewa Kendra (NSK). To maintain law and order we have a four-tier security plan. If any situation arises, we will take action. We are confident that the final publication process will be carried out peacefully."

He also spoke about monitoring social media in the district to stop any kind of rumour-mongering. "We have social media monitoring centre in our district. I appeal to people that in case they receive any message, they should not react without verification," Kumar added.

Some residents of Barpeta said that even if they are excluded from the final list, they have 10 months time to challenge their exclusion and exuded hope of continued peace in the region.

Chief Minister Sarbananda Sonowal had also urged upon the people of Assam to maintain peace and tranquillity in the state.

"The NRC, which has been updated by the State NRC Coordinator and his team under the monitoring of the Supreme Court of India and supervision of the Registrar General of India, is an outcome of the untiring efforts of the thousands of people," he said in a statement.

"Those people whose names have been excluded from proposed NRC, would get an opportunity to file their appeal and be heard in the Foreigners` Tribunal (FT) as per the direction of the Union Home Ministry," the Chief Minister said.

Sonowal said that the Assam government will take care of the cause of the excluded people and due care will be taken so that nobody is subjected to any "unnecessary harassment".

The Chief Minister asserted a person cannot be treated as "foreigner" as long as the appellant`s plea remains sub-judice with the Foreigner`s Tribunal.
NRC is a register containing names of Indian citizens, which was prepared for the only time in 1951.

It is being updated for Assam as of now to weed out illegal immigrants. Last month, the Supreme Court had extended the deadline for the final publication of NRC from July 31 to August 31. It had rejected a plea to extend the NRC deadline for sample verification.

Under NRC the citizens will have to prove that they are the residents of India and their families have been living in India before 1971. If anyone`s name doesn`t show in the final list, he or she will not be sent immediately to the detention camp. People will get a window of 10 months to prove their citizenship.