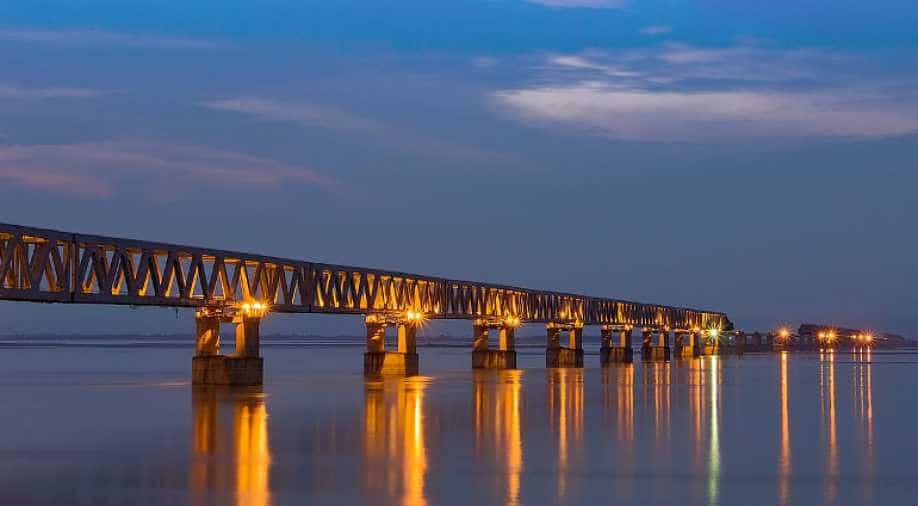 The Tinsukia-Naharlagun Intercity Express will run five days a week.

The bridge was inaugurated on the occasion of the Good Governance Day which commemorates the birth anniversary of former prime minister Atal Bihari Vajpayee.

Here are some top facts about the bridge.

1. The foundation of the bridge was laid over two decades back in the year 1997.

2. The bridge is built across the mighty Brahmaputra river.

3. The bridge is sturdy enough to support the movement of tanks and fighter jet landings. As reported by PTI, the bridge's three-lane roads can act as landing strips for the Air Force

4. The bridge is said to have a lifespan on around 120 years. It is the country's only fully-welded bridge.

5. On the lower deck the bridge there exists a two-line railway track while on top it has a three-lane road. It will reduce the Delhi to Dibrugarh train travel time by nearly three hours.