Modi inaugurates Bogibeel bridge in Assam, it will be India's longest 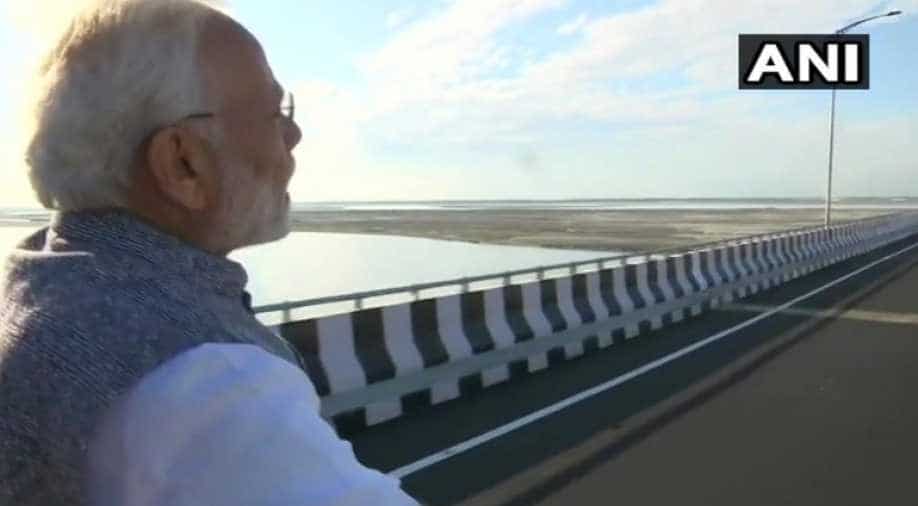 Bogibeel will cut down travel time between the two banks of the Brahmaputra by as much as 10 hours. The first passenger train passing through the road and rail bridge was flagged off by PM Modi.

The first passenger train passing through Bogibeel was flagged off by PM Modi, PTI reported.

December 25 is also the birth anniversary of late former prime minister Atal Bihari Vajpayee and is observed by the government as "Good Governance Day".

The Tinsukia-Naharlagun Intercity Express will run five days a week.