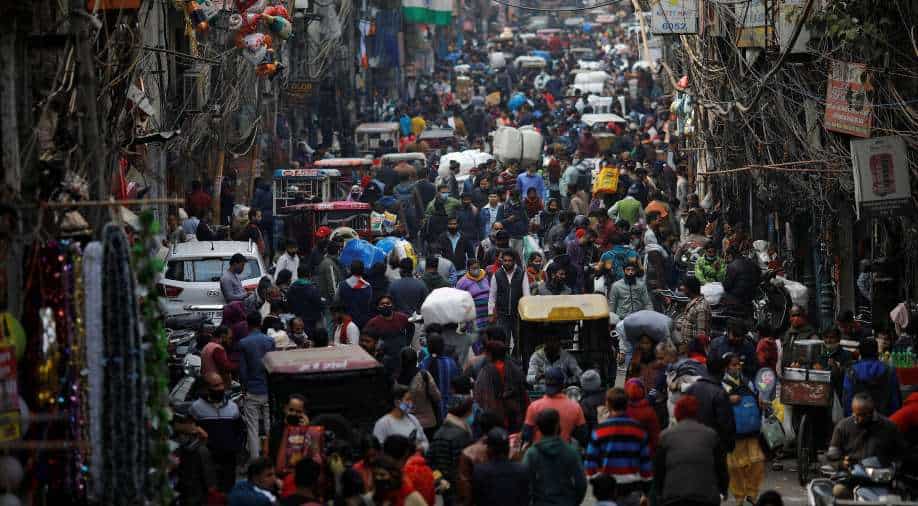 People shop at a crowded market amidst the spread of COVID-19 in the old quarters of Delhi Photograph:( Reuters )

Testing for COVID-19 has been increased and around 90,000 tests have been conducted on Tuesday, the minister said

Delhi is most likely to report around 10,000 new Covid cases today, taking the daily positive surge to nearly 10 per cent, state health minister Satyendar Jain on Wednesday said, while announcing the arrival of third wave in India.

On Tuesday, Delhi had recorded 5,481 news infections and three deaths in a day. The positivity rate stood at 8.3 per cent, a significant increase from 6.46 per cent on Monday.

“For Delhi, it is the fifth wave,” Jain said, adding, “Coronavirus is spreading very fast. The good news is that no serious cases have been found. We are also fully prepared to vaccinate teens.”

Testing for COVID-19 has been increased and around 90,000 tests have been conducted on Tuesday, the minister said.

He, however, added that only 300-400 samples are being sent for genome sequencing now as sequencing of all samples is not possible.

Jain said that private hospitals have been instructed to increase the number of reserved beds for COVID-19 patients from 10 per cent to 40 per cent of their total capacity.

Nearly 2 per cent of beds are occupied in the government hospitals, he said.

Government officials have been instructed to work, while private offices have been allowed to function with 50 per cent capacity.

Buses and the metro rail will operate at full capacity in order to avoid long queues and crowding.