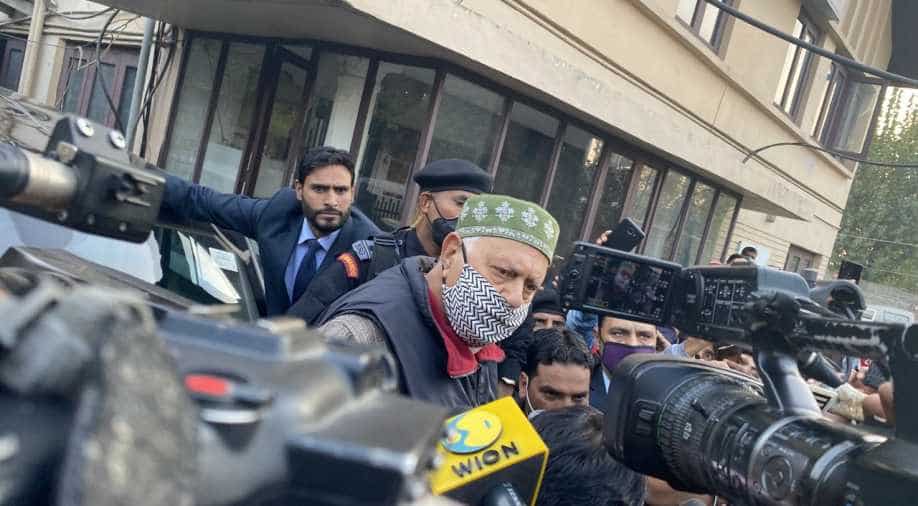 While speaking to media after leaving ED, Farooq, visibly angry, said he stood by the Gupkar declaration and against the abrogation of J&K special status.

The questioning of former J&K chief minister and current member of parliament, Farooq Abdullah, ended after more than six hours in relation with the J&K Cricket Association scam, at the Enforcement Directorate office in Srinagar.

The multi-crore scam which came to light in 2012.

While speaking to media after leaving ED, Farooq, visibly angry, said he stood by the Gupkar declaration and against the abrogation of J&K special status.

“ED investigation shouldn’t be mixed with politics. They are doing their job. I will cooperate in the investigation,” he said.

Son of Farooq and former J&K chief minister Omar Abdullah called the questioning by ED a political vendetta while other political parties including Mehbooba Mufti-led PDP supported the member of parliament while questioning the timing.

The National Conference in a statement accused the BJP of employing agencies to target Farooq in wake of the formation of people’s alliance for Gupkar declaration -- which demands restoration of pre-August 5 status in J&K and Ladakh.

“The ED summon to Dr Farooq Abdullah is clearly the result of the unity that Dr. Sahib has been able to forge among mainstream political parties in J&K. This is the price one faces when opposed to BJP’s ideology and divisive politics,” the statement said.

The case was taken over by the Central Bureau of Investigation, the premier investigating agency of India, who filed a charge sheet against ex-office bearers of JKCA including Farooq Abdullah. The case of ED is based on a CBI FIR alleging misappropriation of Rs 43.69 cr.