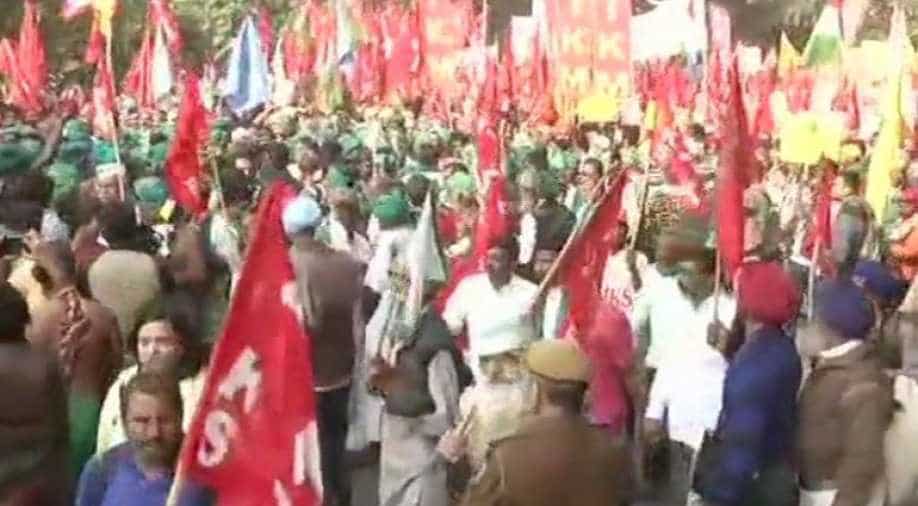 Traffic in central and Lutyens' Delhi went into a tizzy on Friday as thousands of farmers, who have been camping at the Ramlila ground since Thursday, began their march to Parliament amid heavy policy deployment, to press for their various demands including debt relief and remunerative prices for their produce.

Traffic was affected on the Jawaharlal Nehru Marg, on the stretch near Guru Nanak Eye hospital, Maharaja Ranjit Singh flyover, Barakhamba Chowk and Janpath on Friday morning. Commuters were advised to avoid these routes.

Around 1,000 traffic police personnel have been deployed between Ramlila Maidan and Parliament to ensure that commuters do not face inconvenience.

Over 3,500 police personnel have also been deployed on the route of the march and special arrangements have been made in Central and New Delhi police districts.

As many as 850 police personnel, up to the rank of sub-inspectors, have been deployed in the Central district. They have been augmented by the presence of 12 police companies, including two of women, each comprising 75-80 personnel, a police official said.

In New Delhi district, 346 police personnel, up to the rank of sub-inspectors, have been deployed and 600 personnel from other districts will also help them, the official said.

Banded under the All India Kisan Sangharsh Coordination Committee (AIKSCC), which claims to be an umbrella body of 207 organisations of farmers and agricultural workers, many farmers arrived in the city on Thursday, on trains, buses and other modes of transport.