Farmer protests: Fifth round of talks between govt and union leaders underway 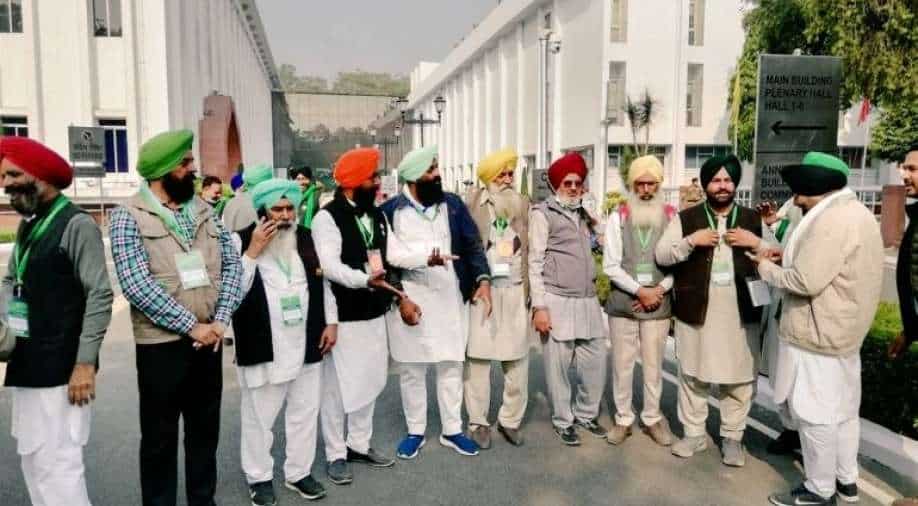 Leaders of farmers' groups on Saturday met three union ministers for the fifth round of talks on the three farm laws that have caused massive protests in the national capital and along its border.

Union Agriculture Minister Narendra Singh Tomar, Railways, Commerce and Food Minister Piyush Goyal and Minister of State for Commerce Som Parkash are engaging in talks with the representatives of 40 farmers' unions at the Vigyan Bhawan in Delhi.

"Our demand is the same that the government should withdraw all three farm laws. We want MSP should be guaranteed through the law," said Bharatiya Kisan Union (BKU) Rajewal state general secretary Onkar Singh Agaul.

He also said that electricity amendment law and an ordinance on stubble burning in the new laws should be scrapped.

On Thursday, farmer leaders met Union ministers in a meeting that failed to find any resolution as they are demanding revocation of the three laws.

People from the Indian Tourist Transporters Association (ITTA) also endorsed the farmers demand as they were present outside the meeting venue with a banner that read 'we support farmers' and sloganeering that they are with the farmers.

"I belong to a farmer's family. I can related to their fears. We had farm land at Mahipalpur and now you see T-3 terminal out there. We are supporting the protesting farmers in their cause," IITA president Satish Sehrawat told news agency PTI.

He also said that they are providing transportation facility to the farmers from the day they met them.

Ahead of the ongoing meeting with farmer organisations, Union ministers, including Rajnath Singh and Amit Shah, met Prime Minister Narendra Modi to mull over proposals that will likely be offered to the protesters, sources said.

The protesting farmers on Friday announced a 'Bharat Bandh' on December 8 and threatened to intensify their demonstrations and block more roads leading to Delhi if the government does not give in to their demands.