Farm laws will improve efficiency of Indian markets, says US 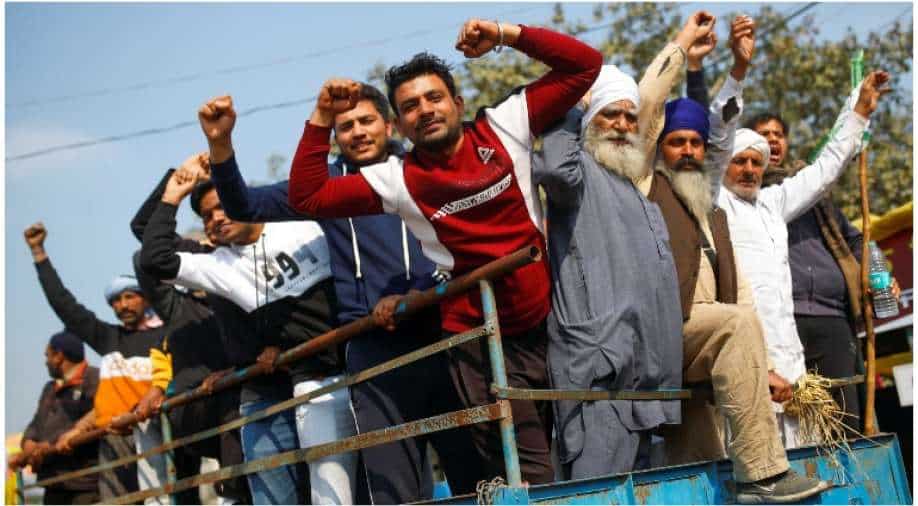 Farmers raise their hands as they arrive in a trator trolley at a site of a protest against the farm laws at Singhu border near New Delhi, India, January 30, 2021 Photograph:( Reuters )

US State Department on Thursday said that it welcomed steps that would improve the efficiency of India's markets and attract greater private sector investment. It indicated that the US government was supportive of India's move to reform the agricultural sector.

"We encourage that any differences between the parties be resolved through dialogue," US State Department spokesperson Ned Price said.

Farmers have been protesting on the borders of Delhi since November 26 against the three newly enacted farm laws: Farmers' Produce Trade and Commerce (Promotion and Facilitation) Act, 2020; the Farmers Empowerment and Protection) Agreement on Price Assurance and farm Services Act 2020 and the Essential Commodities (Amendment) Act, 2020.

On January 26, violence broke out during the farmer tractor rally on the occasion of Republic Day.

On Wednesday, Indian Ministry of Foreign Affairs said that no foreign government had supported the farmer protests.

In response to a question in the lower house of the Indian Parliament, Lok Sabha, minister of state in the MEA, V Muraleedharan said, "No foreign government has given support to the agitation of Indian farmers against three bills passed by Indian Parliament", pointing out, "In Canada, UK, USA, and in few European countries, protests by a few motivated PIO’s (Persons of Indian origin) on issues related to the Indian Farm Bill have been reported."

Canadian PM Justin Trudeau was the only world leader to make a statement on the protests.

MEA MoS highlighted the Canadian PM's comments were taken up with the "Canadian authorities both in Ottawa and New Delhi and conveyed that such comments pertaining to the internal affairs of India are unwarranted, unacceptable" and "would damage India-Canada bilateral relations."