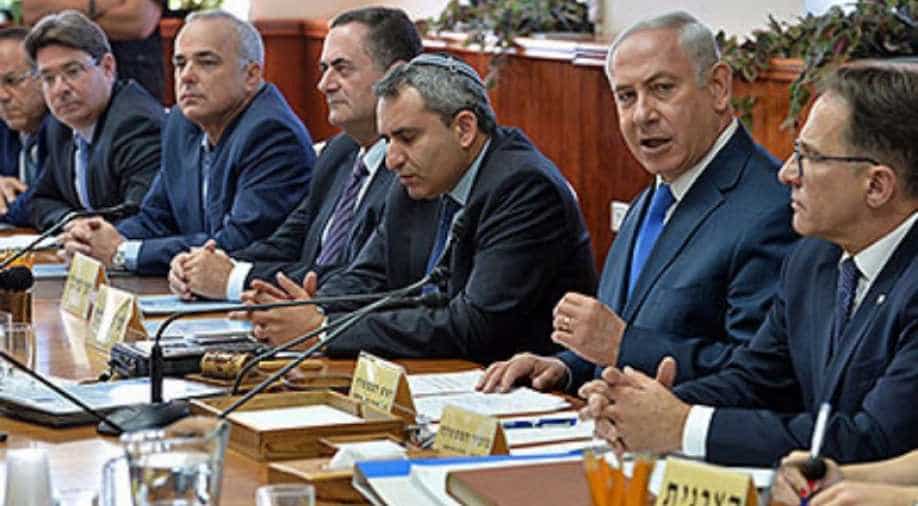 Israel PM was talking about the overall increase in Israeli exports. He touted the increase in his country's exports to India as a major success of 2018.

Israeli Prime Minister Benjamin Netanyahu has touted the increase in his country's exports to India as a major success of 2018. He was speaking at the first weekly cabinet meeting of 2019.

He said, "Exports to India and Latin America have risen by 27%. These are all new markets that we are opening. This has increased exports and the GNP, brings money into state coffers, creates jobs and raises Israeli citizens' wages."

He was talking about the overall increase in Israeli exports which he said: "broke a record in 2018 and they are expected to reach $110 billion." He talked about his strategy of "opening new markets", increasing Israeli exports. With China he said, Israeli exports have risen by 56%, while export of goods and services to Japan has risen by 50%.

He started the cabinet meeting by discussing his recently concluded Brazil visit. He said, "We have a new ally here and whoever needs additional proof of Israel's rising status in the world simply needs to look at what is happening in Brazil. One needs to understand that the Brazilian people, the masses in Brazil, admire Israel and want to be close to us. Therefore, we have opened a very large market here and there is much more work that needs to be done."

Recent years have seen a number of high-level visits between India and Israel. Netanyahu was in India in January of 2018 while Prime minister Modi visited Israel in 2017.

Bilateral trade between the 2 countries stood at US$ 5.02 billion (excluding defence) in 2016- 2017. Trade in diamonds constitutes more than 53% of bilateral trade. India is Israel's third largest trade partner in Asia after China and Hong Kong.

During PM Modi’s visit in July 2017, the first meeting of the newly established India-Israel CEOs Forum took place, while its second meeting took place during PM Netanyahu’s visit to India in January 2018.