EXPLAINED: Gaganyaan- All you need to know about India's first manned space mission 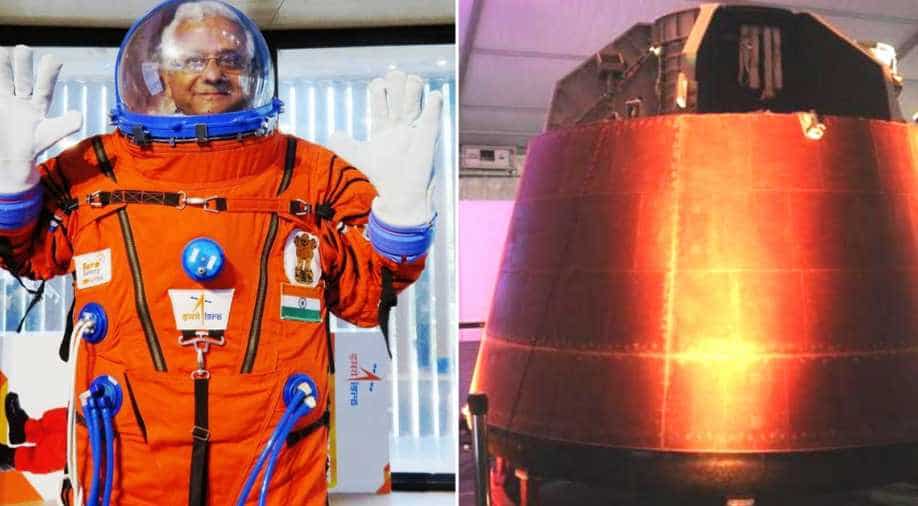 Gaganyaan space suit (l) and space capsule (r) intended to be used for the mission Photograph:( Others )

Gaganyaan will be India's first attempt to send astronauts into space. Here's all you need to know about India's ambitious programme

The whole nation felt the pain when Chandrayaan-2's lander crashed on the lunar surface just moments before it was about to create history. This New Year, however, ISRO chief K Sivan once again gave Indians a reason to rejoice when he announced that four astronauts have been shortlisted for India's first manned space mission Gaganyaan. The Indian Prime Minister Narendra Modi, on his Independence Day Speech last year said that by 2022 India would send its astronauts to space.

So what is Gaganyaan? What is the significance of the mission? This article attempts to answer all key questions related to India's ambitious new programme.

Gaganyaan is a crewed orbital spacecraft that is expected to take three astronauts to space for a period of seven days. For the mission, India's space agency is planning to carry out two unmanned missions in December 2020 and July 2021, followed by the manned mission by December 2021. ISRO's Geo-Synchronous Launch Vehicle (GSLV) will be used for the manned space mission.

"The total fund requirement for the Gaganyaan Programme is within Rs.10,000 crore," as per a government statement. The spacecraft will be placed in a low earth orbit of 300-400 km.

Why is it significant?

If India successfully sends four astronauts to space, it will be only the fourth nation to do so after the United States, China and Russia. It will re-establish India's space research position amongst giants such as the US, China and Russia, which spends way more money than India on space programmes.

What is the Russian connection?

The all-weather friendship of India and Russia has also been reflected in the field of space. India's only astronaut to travel space Rakesh Sharma, also undertook his journey in Russia's Interkosmos programme. For Gaganyaan, ISRO signed an agreement with Russia's Glavkosmos to select and train Indian astronauts for the space mission. Earlier ISRO chief had said that 12 astronauts from India would go to Russia for training and four would be shortlisted. The selected astronauts will now undergo rigorous training for 15 months In India and abroad.

What will be the challenges encountered by astronauts to get mission ready?

The Gaganyaan crew will first undergo medical examination followed by rigorous physical training even for military personnel. The idea behind this tough training programme is to get astronauts accustomed to gravitational changes which will cause physiological alterations.

Often, astronauts face motion sickness when they experience weightlessness in the space. The changing gravity also results in fluctuations in blood circulation especially during re-entry to earth or landing which also makes astronauts unconscious due to lack of internal pressure. For the mission preparation, astronauts will be put under a centrifuge which will spin rapidly in order to adapt them for gravitational acceleration.

The astronauts will also be acquainted with life support systems, navigation and thermal controls, astronomy, and other necessary sciences if a need arose of manual intervention or emergency.

Generally, astronauts are trained for four years, but Indian space explorers would only get only two years for meeting the launch deadline.

What can be the impact of Gagnayaan?

The success of Gaganyaan would unlock many doors to experiment with more spaceflight missions. It will also give boost to India's ambition of setting up its own space station.