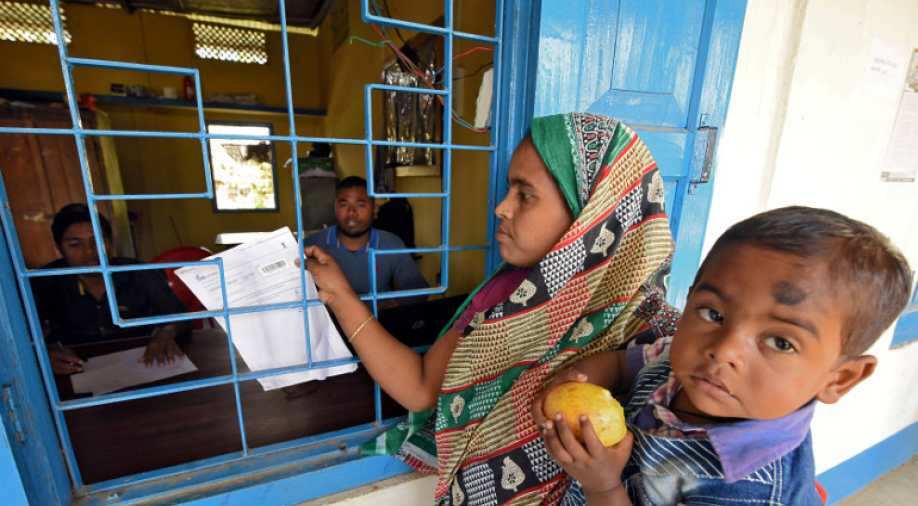 A woman carrying her son checks to see if her name is on Assam's National Register of Citizens. Photograph:( Reuters )

With 40 lakh people failing to get their names on the draft National Register of Citizens (NRC) in Assam, the poll panel Wednesday said an exclusion from this list would not automatically result in their removal from the electoral rolls as registration of voters is decided by the election laws.

He said the NRC is just one element that affects the electoral roll and quoted provisions of the Representation of the People Act, 1950 to say that anybody can register as an elector if that person is a citizen of India, is above 18 years of age on January 1 of the year of enrolment, and is ordinarily a resident of the constituency in which enrolment as a voter is sought.

"These three conditions have to be fulfilled with documentary evidence and that person can be enrolled in electoral roll," he said.

Giving an example, Rawat said there can be a person who has not applied for the NRC in Assam but may be living there for a few years for job or for studies.

"He is a citizen of India working in Delhi and is transferred to Assam where he is now living for the past two years and has applied with documents to be included in the electoral roll. The electoral registration officer, after checking the veracity of the document, includes his name because he is an Indian citizen, though he is not in the NRC," he explained.

Rawat also said that this is a draft NRC. After this, in the next one month all these 40 lakh individuals will be informed about the reasons why their names were not included. Thereafter they can file their claims and objections and after decision on the claims, final list of NRC will be published.

The CEC said the chief electoral officer of Assam will give a factual report in the coming week on various aspects arising out of the publication of the final draft NRC.

On whether there would a confusion, Rawat said, "No. There will be no confusion. If a person fulfils the three criteria and the electoral registration officer is convinced, he will be made part of the electoral roll."

People will have to satisfy the electoral registration officers that they are citizens of India to be part of the voter list and they can use documents available with them to support their claim, he added.

The EC voter enrolment exercise is independent of the NRC, though authorities responsible for the two lists are working in sync.

"The EC, with its objective of 'no voter to be left behind', has asked CEO Assam to coordinate closely with State Coordinator NRC so as to ensure that all eligible persons are included in Electoral Roll during Summary Revision 2019. This way a final Electoral Roll will be published on January 4, 2019, to be used for general elections 2019," Rawat had said yesterday.

Names of around 40.07 lakh applicants did not figure in the document.

At the time of last assembly elections in 2016, Assam had about 1.99 crore voters, out of which about 1.69 crore (84.72 per cent) cast their votes, as per the information available with the state's chief electoral officer.