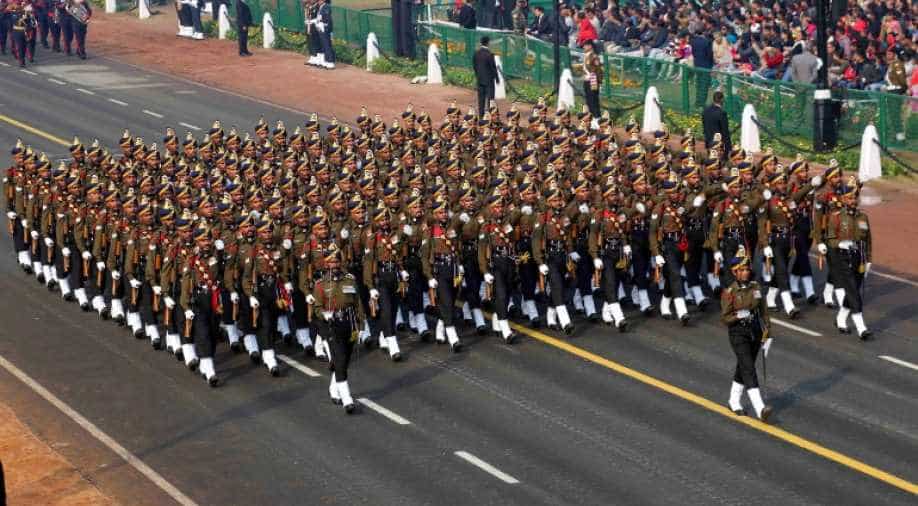 The Republic Day event will start at around 10 am on January 26 and will have South African President Cyril Ramaphosa as the chief guest. For the first time, 4 INA veterans will be participating in the event.

This year's Republic Day will go down for many firsts -- from the participation of Indian National Army (INA) veterans, a female officer leading an all-men contingent to biofuel being used by aircraft during the 90-minute-long parade.

The Republic Day event will start at 10 am on January 26 and will have South African President Cyril Ramaphosa as the chief guest. For the first time, 4 Indian Army veterans will be participating in the event.

Speaking to WION, Major General Rajpal Punia, Chief of Staff, HQ Delhi Area and Deputy Parade Commander said, "4 INA soldiers are participating this year. These are - Lalti Ram, 98 years old living in Panchkula; Hira Singh, 97, living in Narnaul; Bhagmal, 100 years living in Manesar and Parmanand Yadav, 95 from Chandigarh.  It is a matter of honour. It's a great honour for the country that we have veterans of INA participating."

Besides this, for the first time, biofuel extracted from Jatropha plant will be used as fuel in AN32 aircraft which will take part in the Republic Day celebration.

Major General Punia explained, "We are trying to extract oil for a number of years from it (Jatropha). We are even thinking that it will replace oil in the coming years. Jatropha oil (is) being used by AN32 to fly. You can imagine, if an aircraft can fly, then for the country it's self-sufficiency."

Sankhnaad, a martial tune created for the Indian Armed forces will be played for the first time during this year's Republic Day celebrations. This is the first original martial tune of independent India based on Indian classical music. The composition of the tune is a combination of three ragas- Raag Bilaskhani Todi, Raag Bhairavi and Raag Kirvani.

The tune is composed by Dr Tanuja Nafde, a professor, based on a poem written by Brig Vivek Sohal. It was accepted as the official martial tune in December 2017.  It was played by 14 military bands together for the first time during the Army Day parade held on January 15 2019.

In a first, women participation will be highest ever at Republic Day this year. Lt Bhavana Kasturi, contingent commander, Army Service Corps will be the first-ever woman to lead an all-men army contingent.

Speaking to WION, Lt Bhavana Kasturi said, "It's a matter of great pride and honour to me and it's a glory for us. This will remain as a history of Army Service Corp that our contingent has been part of Rajpath at Republic Day 2019. Not just me, two of our JCOs and 144 jawans in the contingent are very privileged and it will be in history for us. We will be in the books of history forever."

Major Khushboo Kanwar of Assam Rifles will be the first woman to lead an all-women Army contingent. Captain Shikha Surabhi, a daredevil lady officer, would perform stunts during the display. Captain Bhavna Syal, Lt Ambika Sudhakaran will be other lady officers who will play an important role at the parade at Rajpath this Saturday.

As many as 22 tableaux of various states and departments, with the theme '150 years of Mahatma Gandhi', will add colour to this year's parade.

India will be displaying its military might with the display of its latest weapons like the M-77 A2 Ultra light Howitzer (ULH) procured from the United States, K9 Vajra T - a self-propelled artillery gun made under "make in India" programme, and two projects of Defence Research Development Organisation (DRDO) including medium range surface to air missile, Arjun armoured Rec and repair vehicle. 16 marching contingents from the Indian Armed Forces, paramilitary forces, Delhi Police, NCC, NSS along with 16 bands will also participate.

The Indian Army will be represented by mounted columns of 61 Cavalry, 8 mechanised columns, 6 marching contingents and a flypast by Rudra and Dhruv advanced light helicopters of the Army.