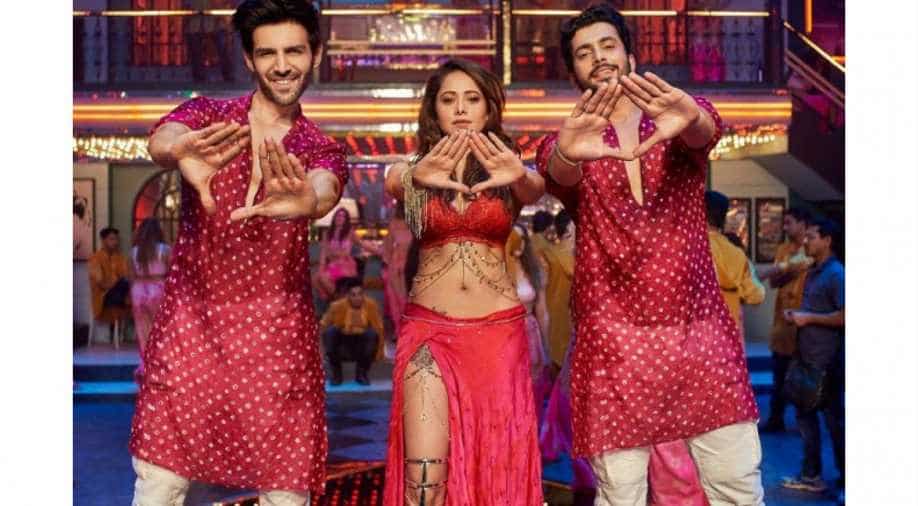 Singer Yo Yo Honey Singh after making a comeback with song Dil Chori for "Sonu Ke Titu Ki Sweety" can be heard remixing some dance tunes with another song for the film.

Titled Chhote Chhote Peg, the song is a recreated version of an old Punjabi number by Hans Raj Hans.

In the video, actors Nusrat Bharucha, Kartik Aryan and Sunny Singh can be seen dancing to the pop tunes while looking their best.

The lyrics obviously include the words 'booze', 'girls', 'party' and any other word that one can associate with Honey Singh but the video looks refreshing with the pair looking ultra-glamorous.

The song has been sung by Neha Kakkar and Navraj Hans with rap by Yo Yo Honey Singh.

As per the trailer released earlier, Sunny Singh plays the character of a boy who suffers from a bad relationship. Kartik Aryan is his best friend who does what he is best at, giving the advice to move on. Sunny's character, however, decides to get married to his girlfriend Nushrat Bharucha aka Sweety. Sweety is a too-goody girlfriend who does everything right from being religious to romantic. The only thing wrong is distrust in her displayed by Kartik's character. This develops into a war between the girlfriend and the best friend of the soon-to-be groom, that is, Bromance vs Romance.

The film will release on February 16.