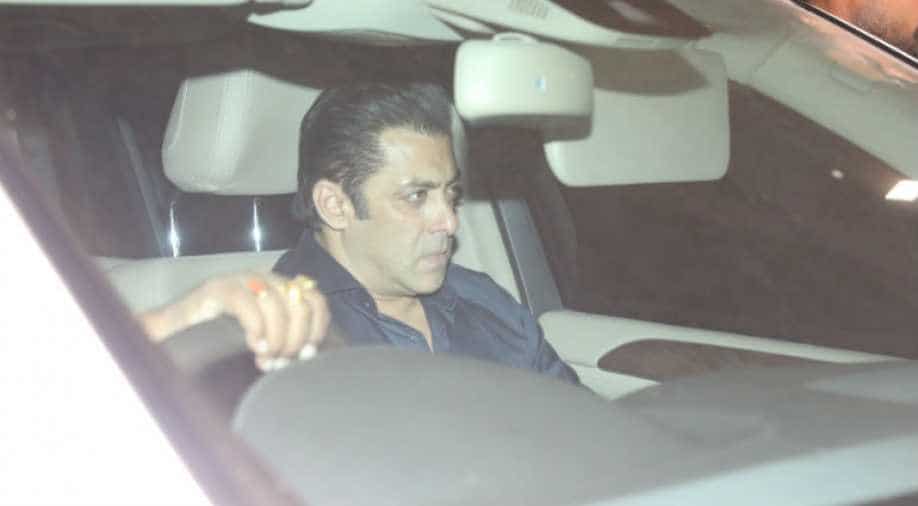 Sridevi's mortal remains reached Mumbai on Tuesday night amid high security. The body has been kept at her home and at 9 AM on Wednesday morning, it will be kept Celebrations Sports Complex in Lokhandwala for fans and friends to pay their last respect. The funeral will take place in the afternoon.

On Tuesday night, as the body was shifted in an ambulance and taken to her residence, fans lined up on the streets to catch a glimpse of their favourite star.

Crowd gathered to catch a glimpse of Sridevi as her mortal remains were taken to her home in an ambulance. Photo by Yogen Shah (WION)

Salman Khan was one of the frist stars to reach Sridevi's residence soon after her body was brought back from Dubai. He was accompanied by producer Ramesh Taurani.

Earlier in the day, Arjun Kapoor had flown to Dubai to complete formalities along with his father Boney Kapoor to bring back Sridevi's body back to Mumbai. The ambulance was escorted back to Sridevi and Boney Kapoor's residence by Mohit Marwah, his father and Anil Ambani.

Arjun Kapoor had flown to Dubai on Tuesday morning to get back Sridevi's mortal remains along with his father Boney Kapoor. (WION)

The cremation ceremony will take place at Vile Parle Seva Samaj Crematorium at 3 pm on Wednesday.

Sridevi died of accidental drowning after she fell inside a bathtub in the hotel that she was staying in Dubai. The actress had gone to Dubai to attend Mohit Marwah's wedding.