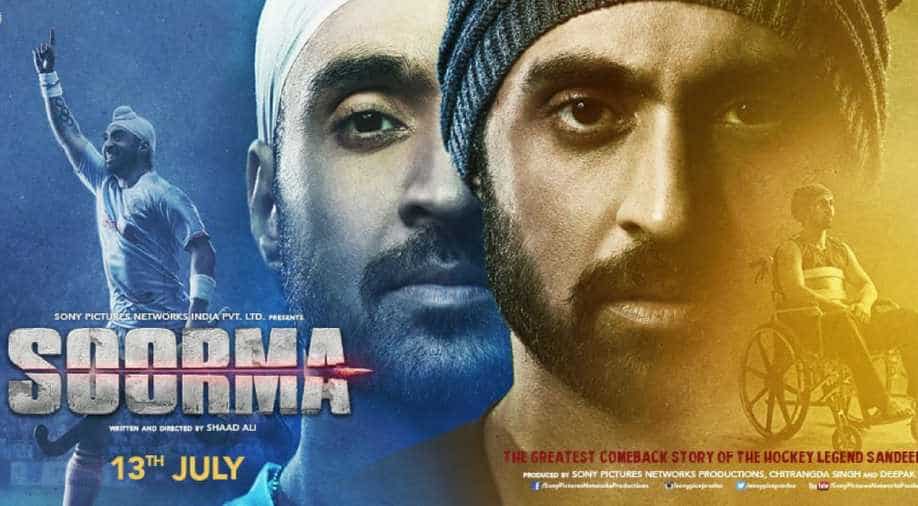 Punjabi singer-actor Diljit Dosanjh who has now made a mark for himself in Bollywood with films like Udta Punjab, Phillauri is back with yet another powerful story or so it seems.

Titled Soorma, Diljit will be seen essaying the role of hockey player Sandeep Singh. The film is essentially a biopic on the Indian sportsman who was seriously injured after hit by an accidental gunshot in a train in 2006. His is a story of never giving up as Sandeep Singh never gave up and continued playing.

Now, a new poster of the film released at an event in Birmingham in the UK.

This is the poster:

Diljit for the role not only had to get trained by the former captain but also underwent a physical transformation to look like him. Speaking about how hard it was to train for it, Diljit in an interview said, "The role was extremely draining with so much intense training. Physically, it was very tough. I had a lot of problems post shooting the film. When I was shooting, I had stopped consuming sugar, I used to eat salt very less".

The film stars Diljit Dosanjh, Taapsee Pannu and Angad Bedi. It is directed by Shaad Ali and will release on July 13.