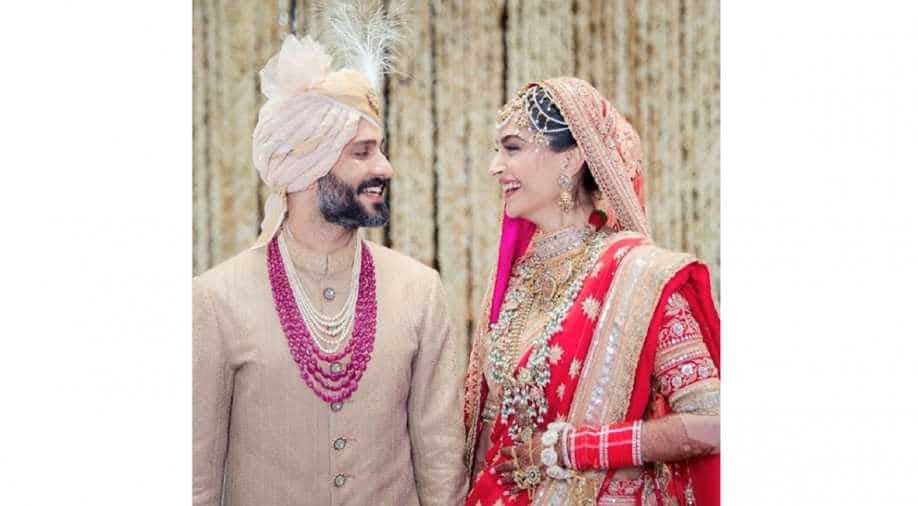 Sonam Kapoor is not even back from making heads turn at Cannes Film Festival this year and she is already in news for having hurt the Sikh community during her wedding ceremony. Well, not exactly Sonam but her husband Anand Ahuja.

It is being reported that a few members of the Sikh community are not happy with what took place during the wedding ceremony. Apparently, their religious sentiments were hurt after the couple violated a Sikh tradition.

According to a report published in a tabloid, some former office bearers of the Shiromani Gurudwara Parbandhak Committee (SGPC) have reportedly accused the current SGPC members of not removing Anand’s kalgi (brooch) from his turban during the ceremony. According to Sikh tradition, in the presence of Guru Granth Sahib, the kalgi has to be removed during the marriage rituals. Now that the SGPC staffers forgot to take it off, the former office-bearers have brought this to the notice of the Akal Takht.

They want strict action to be taken against the SGPC members who officiated the Anand Karaj ceremony for Sonam and Anand.

Sonam Kapoor and Anand Ahuja tied the knot in a traditional Sikh ceremony on May 8 in Mumbai. They threw a grand reception for Bollywood colleagues in the evening of May 8.