'Sanju' teaser out! Who's playing who in Sanjay Dutt's biopic 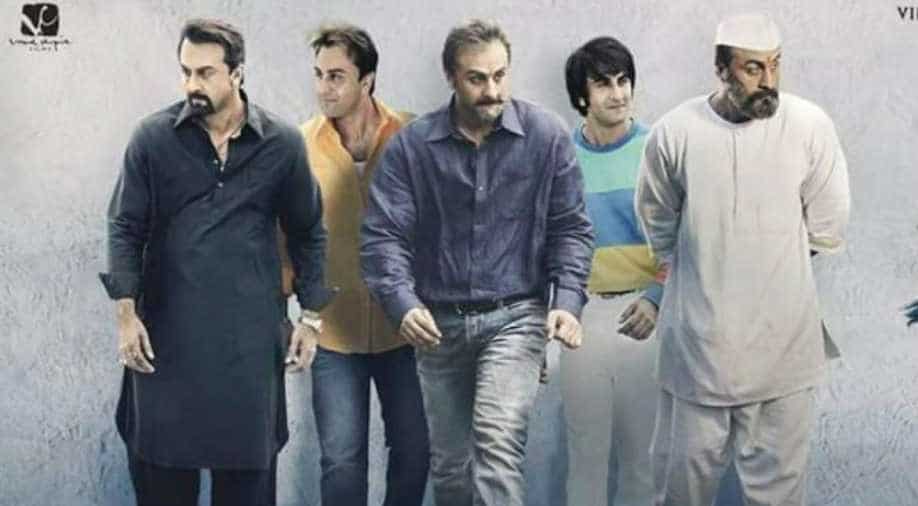 Rajkumar Hirani's film on Sanjay Dutt has to be the most anticipated film of 2018. The film, titled Sanju, has Ranbir Kapoor playing the controversial actor and will touch upon a lot of interesting aspects of the actor's life - including some controversial parts as well.

Now, we all know that Ranbir will be playing the lead role. But the film is a multi-starrer and has a gamut of stars playing prominent roles. As we gear up for its June release, here's a look at who is playing what in the film.

While most feel they do not look the same at all, leaked photos from the film's set show Ranbir looking exactly like Dutt all thanks to make up. Kapoor has reportedly undergone rigorous physical training to look like Dutt. The actor has also spent a significant amount of time with Dutt to adapt his mannerisms. Dia Mirza, a regular in Hirani's films, will play Dutt's wife in the film. Manyata came in Dutt's life after the actor's marriage with Rhea Pillai fell apart. The couple is happily married and has twins together. Manyata was like a pillar of support for the actor during Dutt's 18-month jail term. Perhaps the most interesting casting of the entire lot, Manisha Koirala will play the legendary actress Nargis in the film. Nargis died a few weeks before her son Sanjay Dutt made his debut in Rocky' The actor was known to be close to his mother. While Kaushal has been mum about his role in the biopic, reports suggest Kaushal will play Kumar Gaurav- Dutt's friend, co-actor and later brother-in-law. Sonam Kapoor pairs up with Ranbir Kapoor for the first time since the two made their debut together in Saawariya. Sonam is reportedly playing Tina Munim's character- who was Sanju's first co-star in Bollywood. While Karishma has denied the news, but the buzz is that Karishma has been roped in to play Madhuri Dixit in the film. Madhuri and Sanjay Dutt were rumoured to be a couple untill the actor was sent to jail and the couple broke up. We hear talented actor Jim Sarbh will play one of Sanju's oldest friend, superstar Salman Khan in the film. The two actors have had a long-standing friendship which has remained despite numerous controversies. Anushka Sharma as a film journalist

Anushka Sharma is reportedly playing a journalist who follows actor's life through its ups and downs.