Radhika Merchant and the Ambani connection! 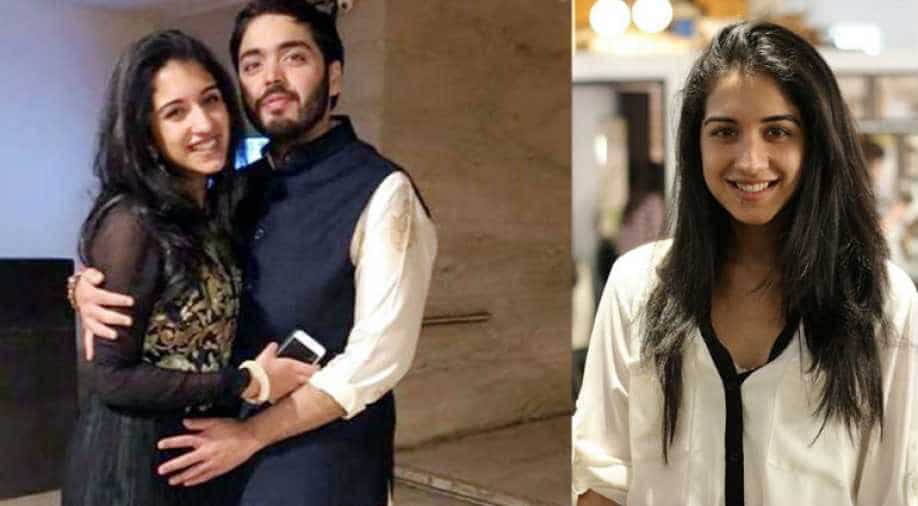 Looks like the Ambani household will have only two weddings this year -- daughter Isha Ambani's with Anand Piramal and son Akash Ambani with Shloka Mehta.

Reports surfaced yesterday that the youngest son of Mukesh Ambani, Anant Ambani is reportedly engaged to Radhika Merchant. However, sources close to the family reveal that the rumours are not true.

Speculations started after Radhika was seen in a picture shared on social media with Anant hugging him.

Also, the 24-year-old was recently seen performing with Akash Ambani's fiance Shloka and Isha Ambani at the latter's engagement party. Here, have a look. Radhika is dressed in a blue lehenga.

Anant and Radhika are known to be friends for long and the Ambanis reportedly know her for a long time.

She also accompanied the Ambani family as they visited Siddhivinayak Temple in Mumbai soon after Akash Ambani and Shloka Mehta's engagement. So who is Radhika Merchant? Here's what we know so far.

24-year-old Radhika has graduated in Political Science from the New York University. Radhika has done her schooling in Mumbai’s Cathedral and John Connon School and École Mondiale World School before completing her IB Diploma from BD Somani International School.

The young girl has previously interned with firms including Cedar Consultants, Desai & Diwanji and India First Organization, and her interests include animal welfare and economic empowerment. While there is very little information available on the Internet about her current job, reports suggest she was part of luxury hotel Isprava's operations.