Padmaavat releases but is 'no-show' in 4 big states 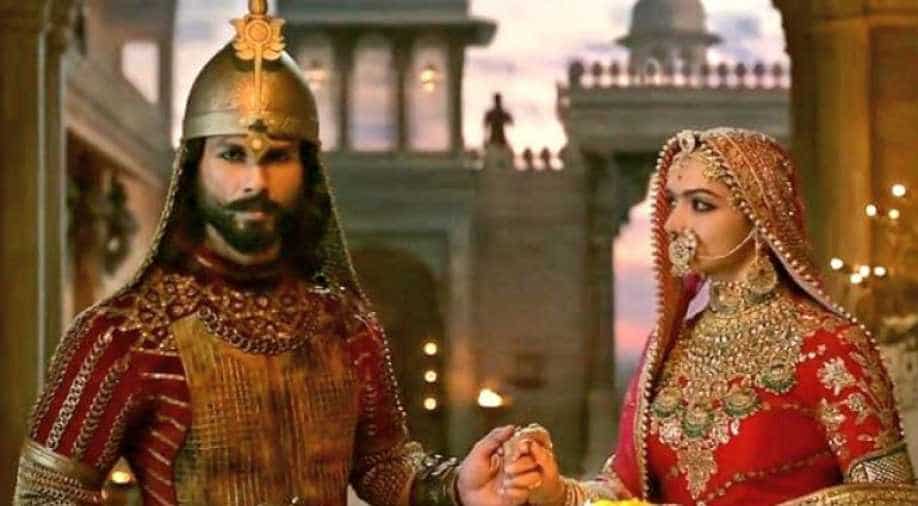 Shahid Kapoor and Deepika Padukone in a still from Padmaavat. Photograph:( Twitter )

On the day of its scheduled release today, "Padmaavat" is now facing a total blackout in four big states of India -- Madhya Pradesh, Rajasthan, Gujarat and Goa.

Even though the Supreme Court of India ruled in favour of the release of the film, these states will not be showing the film owing to pressure from a fringe group, Rashtriya Rajput Karni Sena.

The cinema and multiplex owners from these states have decided against screening the film.

Student & teachers are safe. Staff handled situation, teachers didn't let students panic. We are grateful to our staff who were able to tackle the situation so beautifully as they are trained for this: Neeta Bali, Principal, GD Goenka school #Gurugram #Padmaavat pic.twitter.com/70eHWRfLg2

In Gujarat, a day after rampant vandalism by mobs of Rajput groups in Ahmedabad, Gujarat Multiplex Owners Association, Cinematograph Exhibitors' Association of Gujarat and Multiplex Association of India declared that the film will not be screened in the state.

GMOA chief Manubhai Patel said, "The association has decided not to screen Padmaavat in 120 cinemas across Gujarat, including 32 in Ahmedabad, till a compromise is reached between Karni Sena and film producers."

Such is the state that almost all cinema halls across the state had put up notice boards outside their premises informing audiences about the no-show.

The same played out in Madhya Pradesh where Central Cine Circuit Association announced it couldn't release the film in the wake of threats of violence by MP Rajput Samaj, which is spearheading the campaign against the film.

CCCA president Jai Prakash Chaukse said: "We'd have liked to release the movie, but have decided not to risk life and property. The state government has failed to assure us security and seems to be backing groups opposed to the release of the film."

In Rajasthan, the epicenter of protests against Sanjay Leela Bhansali's film, cinema and multiplex owners had already decided against screening the film.

However, cinema and multiplex owners in the five southern states and other big states like Maharashtra and West Bengal are going ahead with the screening as per schedule. Haryana, Delhi, Punjab, Uttarakhand and Himachal have also decided to go ahead with the film's release.