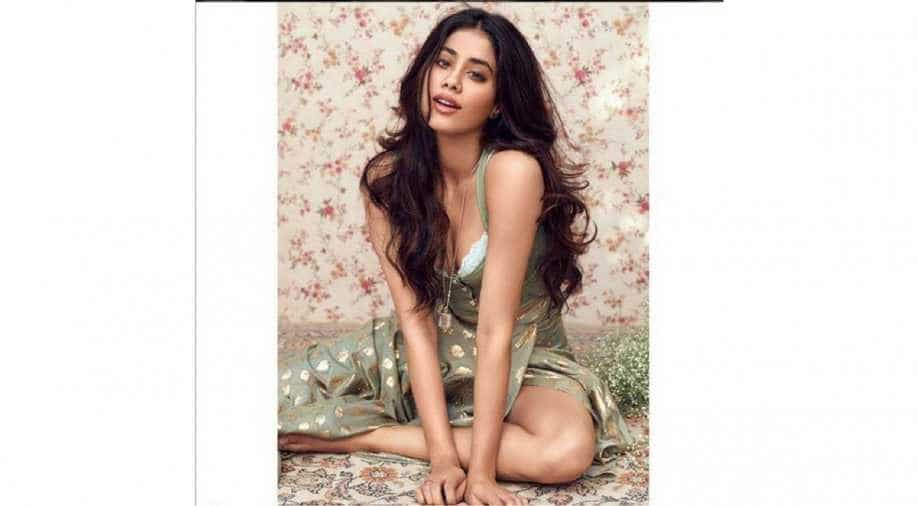 Janhvi Kapoor's first ever magazine cover may have been lauded by Bollywood but young actress has been receiving a lot of bad comments on social media. Kapoor has been trolled for posing for the magazine cover and designer Masaba Gupta has come to her rescue and defended the star kid. Masaba urged people to show some compassion towards her and appreciated Janhvi for keeping her head high and taking on a journey with grace despite her mother, Sridevi's demise.

Sridevi had gone to Dubai in February this year to attend her relatives' wedding, where, in an accidental drowning she lost her life which left the Indian film fraternity in deep shock.

Her eldest daughter Janhvi Kapoor is all set to make her big-budget Bollywood debut opposite Shahid Kapoor's brother Ishaan Khatter in Dharma Productions' 'Dhadak' which will be released in July.

Ahead of her film's release Janhvi posed for the cover of Vogue magazine. This was her first cover shoot.

The photo drew a lot of criticism on social media with most stating that how she showed no remorse for her mother's death.

As Vogue India shared its gorgeous magazine cover on Instagram, a social media user commented on how Janhvi seems to be unaffected by Sridevi's death.

“She literally seems so unaffected by her mom’s death, she just wants the sympathy for her movie. Has all the time for gym looks and Airport and restaurant PR pictures,” she commented. While some users sided with the comment and further called Janhvi a product of nepotism, the others gave it back to her and called out the user for her insensitivity.

The most prominent one of them was perhaps designer Masaba Gupta, who came to Janhvi's rescue and wrote an elaborate response to the comment. Calling it the “most insensitive thing” she's seen on social media, Masaba lashed out on the trolls with a fitting response.

“How do you or anyone else judge how affected or unaffected she is by anything. I think it’s brilliant that she can keep her head up & finish her film, workout and grab a bite with her friends,” she wrote. Masaba further added, “People need to stop being obsessed with seeing celebrities fall apart & not keep moving forward. She’s just starting out & has had a huge personal loss.” This isn't the first time Janhvi has found herself to be the target of trolls.

When Janhvi turned 21 on March 6, she was criticised for celebrating her birthday with her cousins as social media felt she should have been grieving at that point in time.