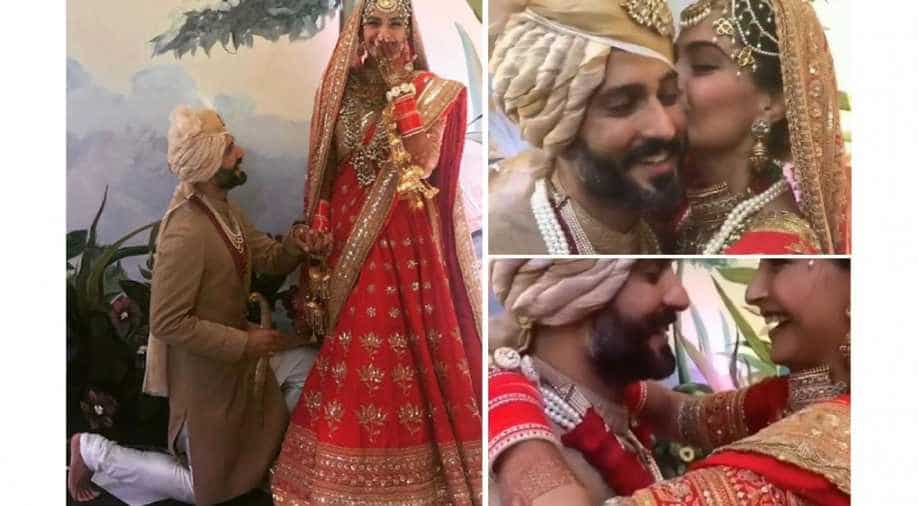 Mrs Sonam Kapoor Ahuja is one romantic person at heart as videos and pictures of the newlywed couple that got married today came out on social media. Sonam Kapoor and Anand Ahuja who dated for some years exchanged garlands in a traditional Sikh marriage ceremony in Mumbai today.

As family and friends from Bollywood cheered the couple during their sindoor ritual or when Anand bent down on his knees, Sonam gushed like an average girl who is very happy being married to the love of her life.

Sonam opted for a bright red-golden lehenga while her husband looked dapper in a golden sherwani.

These are some of the best moments from their wedding, that the two will remember for years to come:

Anand bent on his knee as Sonam blushes

The finale #sonamkapoor and #anandahuja wedding cake is worth a thought...speaks volumes :-)

The couple take their vows