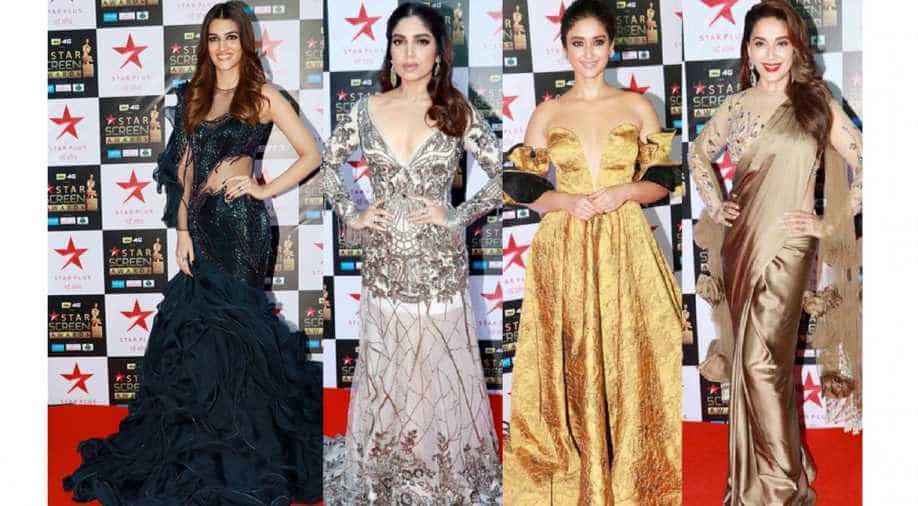 While some looked their best, there were other stars who failed to impress with their attire. Photograph:( Twitter )

New Year on Sunday night kicked in with some extra glamour as Bollywood celebrities came out together for Star Screen Awards 2018.

From Salman Khan to Varun Dhawan, New Year's Eve saw actors and actresses belt out their hit songs in a jazzy sequence of dance performances.

The night was hosted by Bhumi Pednekar who tweeted ahead of the show:

I will be your host and dost Tomorrow at 8pm only on #StarScreenAwards. @StarPlus

Watch who performed on what here:

Get ready to celebrate this new year eve in style!???????? Catch my performance tonight only on #StarScreenAwards at 8pm on @StarPlus pic.twitter.com/pQpXf7SeSw

The performance that you have all been waiting for! Heart this tweet if you’re excited to watch @BeingSalmanKhan’s performance! #StarScreenAwards pic.twitter.com/xaBFnJAY6z

Golden Diva @MadhuriDixit is back on the stage. You know what this means! #StarScreenAwards pic.twitter.com/2TAgxWhu3n

Like every award ceremony, there were some hits and misses for films that won awards, here is the full list of winners: