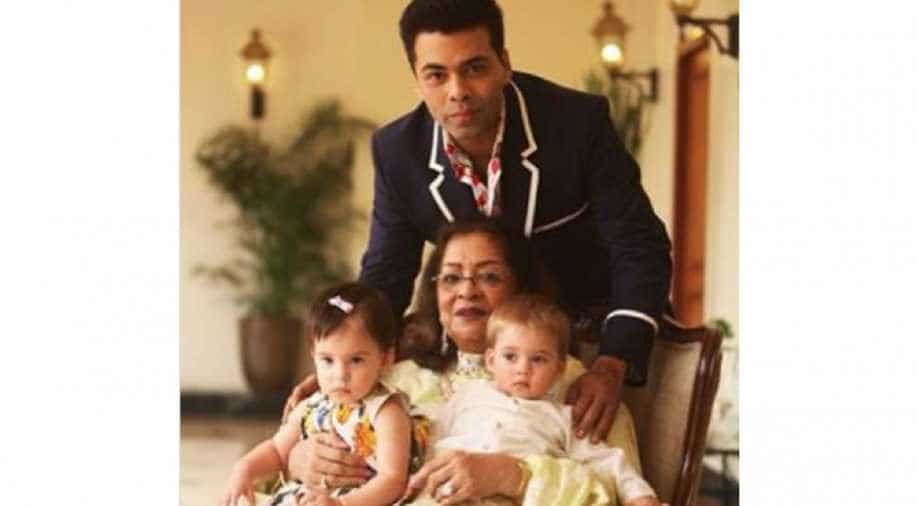 Indian film director, Karan Johar known for his work in Hindi films is a doting son too.  He celebrated his mother, Hiroo Johar's 75th birthday in a grand way.  It was attended by his close friends like Kareena Kapoor, Karisma Kapoor, Manish Malhotra, Kajol to name a few.

Over 150 guests were invited for the party and the cuisine comprised of Chinese and Indian. The grand celebration included soulful music by Sonu Nigam.  He sang songs like  “Har Ghadi Badal Rahi Hai Roop Zindagi”, “Lag Ja Gale” and “Ajeeb Dastan Hai Yeh” to name a few.

Karan Johar shared few pictures of the grand birthday celebration on social networking sites along with the new addition to the Johar family, Yash and Roohi, his two beautiful kids. He shared a collage of him and his mother and wrote, “Centre of my universe and the big love of my life!!! My mom is 75 today!!!"

Here are the pictures from birthday bash:

Thank you @shaadisquad for doing this beautiful invite for my mom!!!!❤️❤️❤️