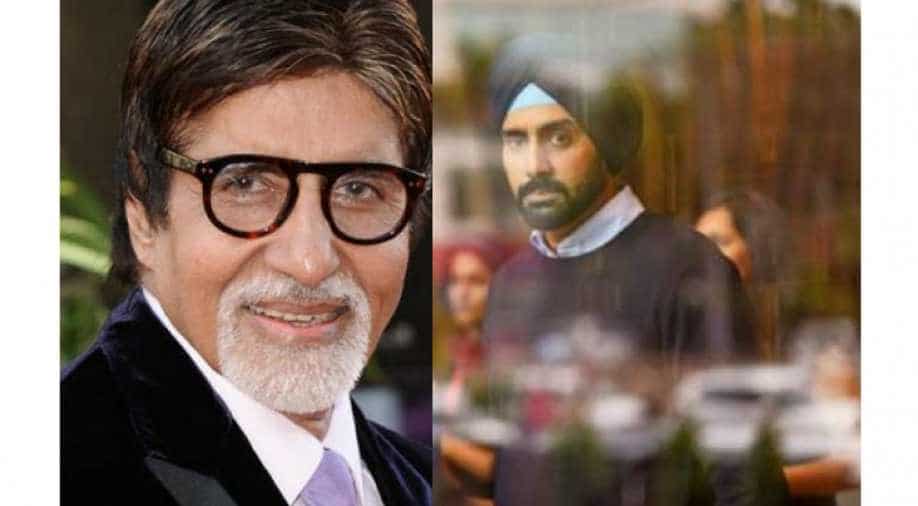 Twitter users are absolutely in love with Abhishek Bachchan's new look for the upcoming movie "Manmarziyan". While everyone is talking about Abhishek's never-seen-before turban look, papa Amitabh Bachchan also took to Twitter to share his excitement -- at seeing his son perfect his 'Sardar' look.

Makers of "Manmarziyan" revealed Abhishek's look for the film today morning. Abhishek can be seen giving an intense look with several emotions reflecting on his face.

T 2750 - #Manmarziyaan .. #AbhishekBachchan .. your Daadi, Teji Kaur Suri pre marriage .. your par Nana Khazan Singh Suri .. your par Naani Amar Kaur Sodhi .. & all related must feel great pride and love for you .. as do I .. ???? pic.twitter.com/6IAoOMNkaY

And this is what Twitterati thought of his look:

Amazed to see @juniorbachchan in Punjabi avatar with turban after around a gap of two years for #Manmarziyan
After his hits from #Refugee #Guru #LOCKargil #Yuva #BuntyAurBabli #UmraoJaan #Dostana #Raavan , waiting for his next pic.twitter.com/84N9ajL5bM