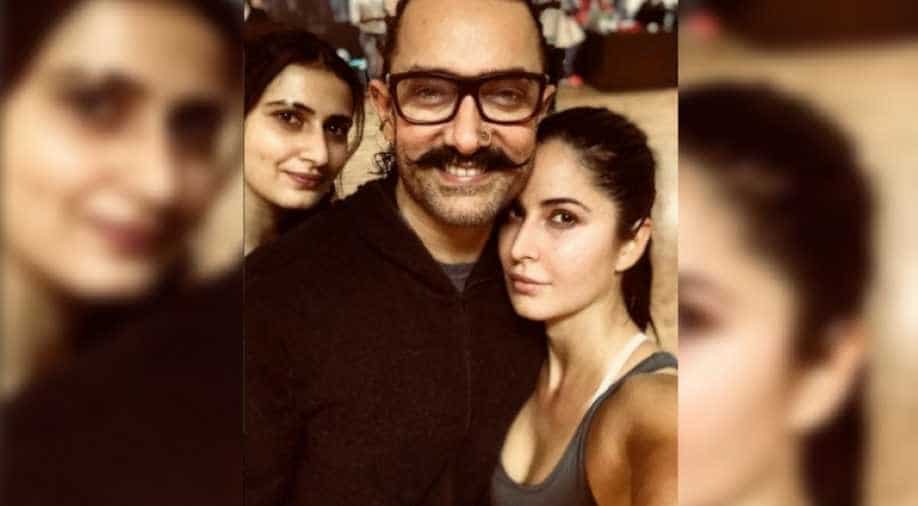 Aamir Khan turned a year older today but instead of taking time off to celebrate, the actor would be working on his 53rd birthday.

Reports suggest that the perfectionist rang in his birthday in Jodhpur at midnight along with his Thugs Of Hindostan co-stars Katrina Kaif, Fatima Sana Shaikh and others. Amitabh Bachchan, who is also part of the film, could not join in the celebrations as he was unwell.

Aamir, in fact, is quite excited about the film that is being produced by Yash Raj Films and is being directed by Dinesh Vijen. In an earlier interview to a daily, Khan said, "It is going to be [a] working birthday for me. I'd be shooting in Jodhpur for the last schedule of Thugs of Hindostan. I'm very excited about how the film is shaping up, though none of us has seen the bits we've shot. Let's see how it turns out."

Thugs of Hindostan is scheduled to release in theatres on November 7. The film is expected to clash with Rajinikanth's 2.0, but Aamir isn't too hassled by the possibility.

"I am very flexible when it concerns. There's no ego that I just have to release on a certain date. Agar mein hatt sakta hoon, toh hatt jaaoonga. Because a clash affects both films equally. Ultimately, we are all friends in the industry. So if we can help each other, we do. When Secret Superstar released, we clashed with Rohit Shetty's Golmaal Again. When the first-day collections came, I realised they were doing much better than us. I called Rohit the same evening and offered him screens that I'm not using," he told the leading daily.

Meanwhile, the actor also made his debut on Instagram on his birthday and posted a photo of his mother, thanking her for making him the person he is.