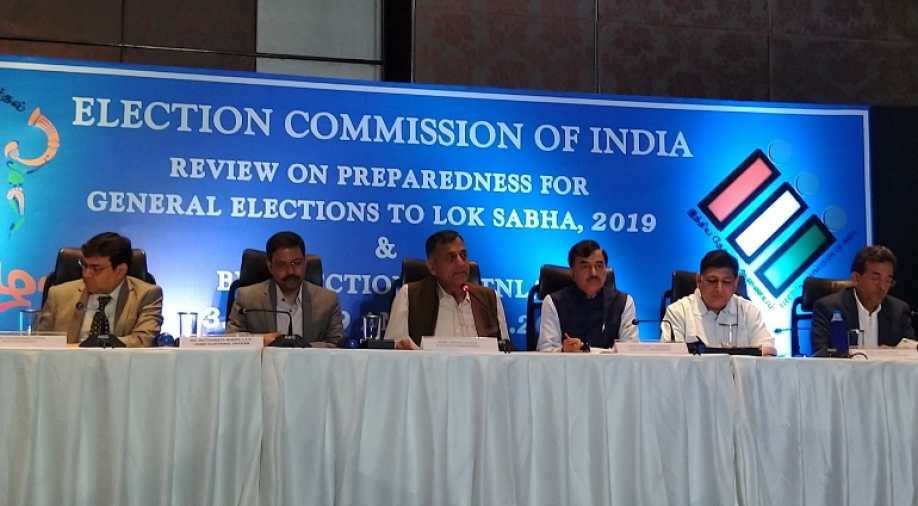 Responding to questions on the rampant cash seizures across Tamil Nadu and their alleged political links, they said,  whenever such seizures are made, the preliminary report is given to EC.

With barely two weeks left for the polling day (April 18th) in Tamil Nadu, Election commissioners Ashok Saxena and Sushil Chandra along with Tamil Nadu Chief Electoral Officer(CEO) Satyabrata Sahoo, met the media and  clarified their stance on issues ranging from seizures of unaccounted cash, raids on residences of political leaders and also the controversy over the sudden seizure of to-be-released books on the Rafale scam among others.

The officials said that they have concluded their 3-day review in Tamil Nadu for forthcoming elections. ”During our visit, we met all political parties and all deputy commissioners, collectors, police officials and senior officials of the state Government among others. These include officials of Income Tax, RBI, Excise and taxation department, Narcotics control bureau and the airport director and all others involved in enforcement activities”.

Speaking of the important issues listed by political parties, they mentioned that, people belonging to weaker sections should be provided security to cast vote freely and fairly, CCTV cameras within the booth and outside the polling station, Bye-elections for the vacant assembly seats, provision of adequate minimum facilities such as supply of water, and tents at polling booths to help voters brave the summer.

Regarding the confiscation of to-be-released books on the alleged Rafale Scam, the officials responded saying that, it was brought to our knowledge through the electronic media, we were informed that CEO had not authorized this kind of action by flying squad. The concerned flying squad has been changed and the Book launch took place in the evening. All officials associated with that incident have been removed, we are awaiting a full report.

Responding to questions on the rampant cash seizures across Tamil Nadu and their alleged political links, they said,  whenever such seizures are made, the preliminary report is given to EC. The EC doesn't name anyone or any party, but after the report, there is a comprehensive procedure of law enforcement that is to be followed. We are finding that so far cash seizure of Rs.127crore has been reported in TN. This is much more than previous elections. Prosecuting is done after comprehensive enquiry,  EC doesn't prosecute.

Enlisting the challenges faced by the EC in conducting the polls across the country they said, Sheer scale and size are a challenge. We have 10.35 lakh polling stations, 12 million people involved in the conduct of elections, Informing people of new technology that is adopted and preventing the use of money and muscle power.

The officers also responded to the reports of the candidate Mohanraj who had declared his cash holding as 1.76 lakh crore and liabilities as 4 Lakh crore world bank loan. They said, “Whenever a candidate files his nomination papers and gives document in the laid down format, the returning officer is responsible and empowered to take a decision. If there is a deficiency in the affidavit or nomination form, the returning officer can inform of deficiency and decision to accept or reject is finally of the returning officer. He/she  need not go into veracity, as it involves a long process of adjudication.”

Mobile applications such as cVigil and Suvidha are also being used for the effective interface between the ECI and voters, candidates. While the Suvidha application facilitates single window clearance from rally and vehicles, cVigil enables all to take pictures or videos of illegal activity or model code violation and it goes straight to control room and a response can be expected within 100 minutes.