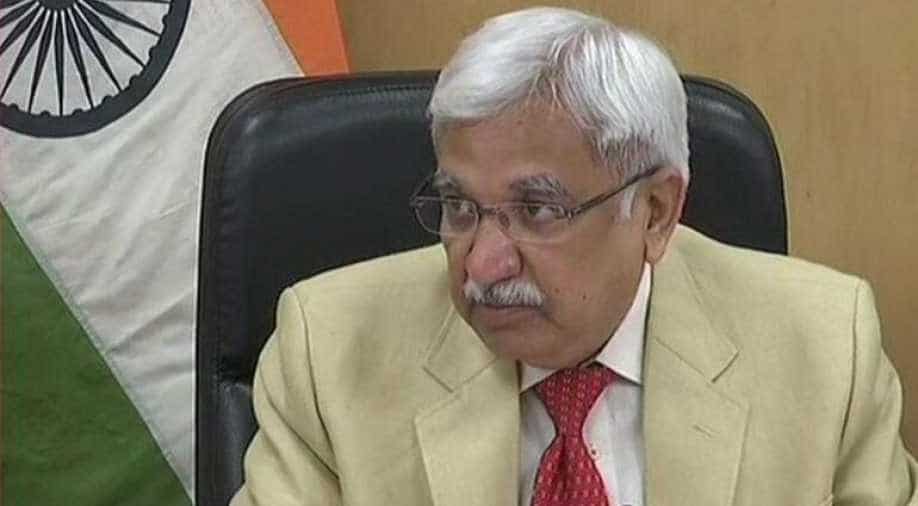 The commissioner further said that Haryana has 1.82 crore registered voters and Maharashtra has 8.94 crore voters.

"In both the states, notification will be issued on September 27. The last date of nominations is October 4. Polling will be held on October 21 while counting will take place on October 24," Chief Election Commissioner announced.

''The 5-year term of the Legislative Assemblies of Haryana and Maharashtra expires on November 2 and November 9,'' Chief Election Commissioner (CEC) Sunil Arora said.

Sunil Arora further added that special security arrangements will be made for Left-wing extremism (LWE) affected areas in Gadchiroli and Gondia in Maharashtra.

''Election campaigns impose an environmental cost upon us. We appeal to political parties to avoid the use of plastic and use only environment-friendly material in their campaigns,'' Election Commissioner said.

The commissioner further said that Haryana has 1.82 crore registered voters and Maharashtra has 8.94 crore voters.

The BJP came to power in the state in the last Assembly elections.

On the other hand, in Maharashtra, the BJP and Shiv Sena contested 2014 state Assembly elections separately after they failed to arrive at a seat-sharing formula.

However, they formed the government in the alliance after the elections as none of the parties was able to secure a majority on its own.