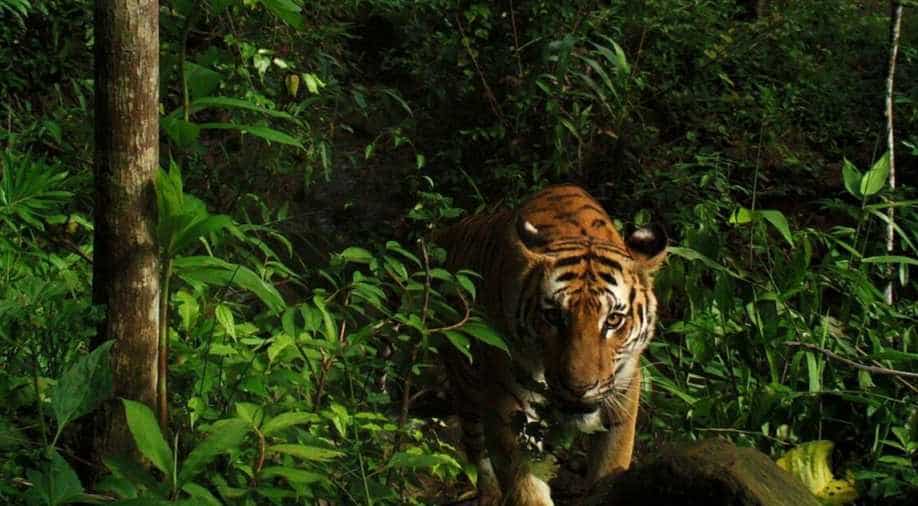 In a jolt to conservationists in Karnataka, the Union Government declared the Eco-Sensitive Zone (ESZ) around Bengaluru's last remaining lung space - The Bannerghatta National Park, which shrank the area of the part. In the notification released by the central government, the ESZ of the park has been reduced by a 100 sq km, to 169 sq km around the park. The reduction of the Eco-Sensitive Zone around the protected area alarmingly shrinks the boundary between the park and human-inhabited areas. While in some areas the zone shrinks to 1 km from Bengaluru city, in areas around Ramanagara the distance is as little as 100 meters. The shrinking zone not only increases the risk to the wildlife but also heightens chances of man-animal conflict in the area.

"It is going to hit Bengaluru's lung space which is essential for us because it is the only forest patch that we have. Secondly, while reducing the ESZ you are giving license for quarrying, for which quarry owners have already approached the mining department today to start work from tomorrow (March 13). Once the mining resumes, whatever little part of the forest is intact is going to be affected by dust pollution. Water bodies will soon be filled with silt. The government should have thought about this", said Joseph Hoover, conservationist.

What is an Eco-Sensitive Zone?

In 2011, the Ministry of Environment, Forest and Climate Change decided that forests needed buffer zones. They came up with the guidelines on securing these buffer zones which included a minimum requirement of 10 km area around forests to become Eco-Sensitive Zones. Keeping these guidelines in mind, all states were asked to declare ESZ around the protected areas.

After inordinate delay lasting many years in Karnataka, research was conducted by scientists from IISc and various other bodies. Recommendations were made also based on findings of a report by the central government called Gaja on the elephant corridor. The state government finally came out with its first draft in 2016 saying that a minimum of 100 meters to 4.5 km around the Bannerghatta National Park was required to be made Eco-Sensitive Zone, which totalled up to 268 sq km around the protected area. However, the draft was not finalised by the Centre for unknown reasons.

So why did the state government reduce the zone area?

In 2018, the state government came out with a second draft. In the two years, though nothing had changed in the conditions around the park, the zone was reduced to 168 sq km. This drew objections from various sections, even prompting a petition that was signed by 80,000 people. In fact, in August 2019, the Ministry of Environment, Forest and Climate Change had written a letter to the Principal Chief Conservator of Forests, Karnataka to rethink the proposal to reduce the ESZ by 100 sq km. The letter had cited scores of objections that had been made by citizens and civic groups against the move that would adversely affect the ecology of the national park.

So who is this going to benefit?

Subsequent governments in Karnataka have been pulled up for turning a blind eye to indiscriminate mining in the draft ESZ zone around Bannerghatta National Park. At least 5 core areas are used to mine granite stones from the large boulders around the park, disturbing animals and destroying habitats.

"This new ESZ will create five new pockets for quarrying and boost real estate around the area. This new ESZ is not taking into consideration the needs of the wildlife or any other beings and ecology of the place. It is purely an exercise to safeguard some parties to do their quarrying business. Once this is done, rocks on the edge of the park will come out and they will resume the quarrying business." said Bhanu Prakash, Co-ordinator, Bannerghatta Nature Conservation Trust.

The quarries that fell under the draft ESZ that called for 268 sq km buffer zone had become a bone of contention between the conservationists and businessmen. Multiple petitions were filed in court to bring a stop to the mining. The Karnataka High Court did give out an order to stop all activity in the 10-km area from the border of the forest - but with a clause that said 'until the ESZ was declared'. Now that the Eco-Sensitive Zone has been declared that conveniently excludes the quarries, mining will continue unabated.

Why is Bannerghatta National Park important?

The park is 22 km south of Bengaluru is the last patch of forest left in the vicinity of the city. As of 2019, the park has 22 species of terrestrial mammals, 165 different species of birds, 2012 species of woody trees and over 160 elephants use the corridor. Apart from that, at least 4 major streams that have their catchment area in the park feed into the river Cauvery. A lone tiger has also been spotted many times inside the park.

Interestingly, the same Chief Minister BS Yediyurappa, who proposed the shrunken ESZ to the centre this time, had opposed it under the Cong-JD(S) regime in 2018. BJP MPs have also vocally criticised the Yediyurappa government for reducing the ESZ. While some conservationists feel that they are running out of legal options, a few others feel that they have enough case to move the Supreme Court.

"When there is a prima facie case we definitely have to take it to the Supreme Court. What the Union Government has declared is not absolute and can be challenged in the SC. There are reasonable points that we have in place. Considering the fact that every other day we are witnessing cases of man-animal conflict in the region, real estate projects are coming adjoining the national park, there are about 40 leopards in there and all this is going to create heavy conflict with animals. At the end of the day animals will be branded rogue and will be shot dead.' says Bhanu Prakash.