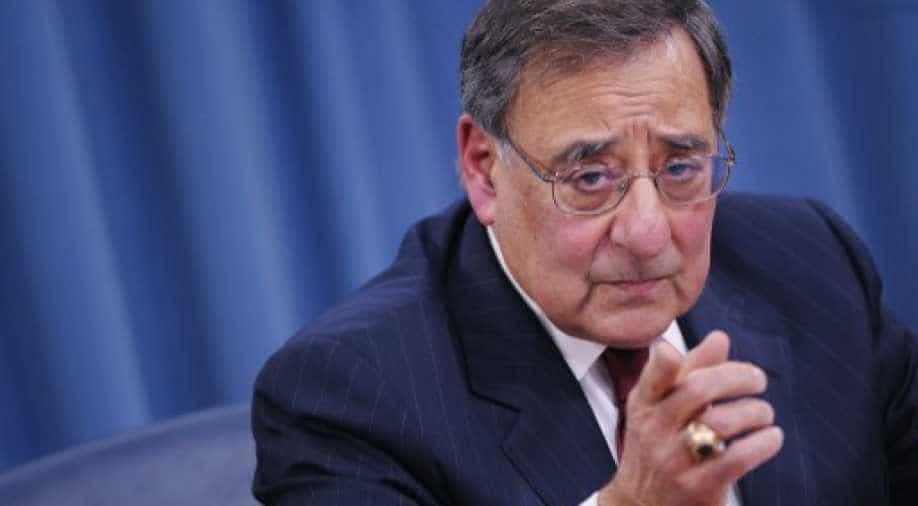 We advised countries of the fact that we would bury Osama bin Laden in the Indian Ocean and India as always was very supportive, Leon Panetta said in an exclusive interview with WION.

Leon Panetta, former Secretary of Defence and ex-CIA director spoke to WION's Executive Editor Palki Sharma Upadhyay as he discussed a range of issues including the circumstances involving the killing of Osama Bin Laden, Pakistan's role in the war on terror and China's military assertiveness including its role in the coronavirus crisis.

WION: Would you say President Donald Trump took a firmer and clearer stand on what his priorities were and who he thought was a sponsor of terror compared to President Obama who tried to always balance the two?

Leon Panetta: When I was the director of the CIA, we conducted an operation to go after bin Laden in Pakistan. It was a very difficult mission and the President made a very tough decision to do that and as the director of the CIA, my primary role was to target terrorism whether it was in Afghanistan or Pakistan or in the Middle East and I had strong support from the President to do that.

At the same time, I think President Trump has been tough with regards to terrorism and ISIS and going after terrorist leaders. He's been willing to do that so I think the US generally has made it very clear that we will not tolerate terrorism that can be a potential risk to our country or to other countries.

WION: After all these years, when you say it out loud in so many words that the Pakistan government of the day was aware and was, in fact, harbouring Osama bin Laden...

Leon Panetta: When we discovered the location of this compound in Pakistan, it was located in a place called Abbottabad. Abbottabad is a centre for their intelligence services and the Pakistani West Point is located there as well. This compound was three times the size of other compounds and had 18-foot walls on one side and 12-foot walls on the other side with barbed wire around it. I find it very difficult to believe that there wasn't somebody in Pakistan who was aware of this compound...

WION: Was the Pakistani establishment then confronted with what you found?

Leon Panetta: Once we found the compound, we had to make a decision whether we would share that information with Pakistan and the President made the decision that because when we shared information with Pakistan about the location of terrorists they were tipped off and suddenly were able to disappear because of that concern and that lack of trust very frankly we decided not to inform the Pakistanis about the location of bin Laden and we did not inform them about the operation that we conducted because we were concerned that if we did that it was likely bin Laden would be advised to move, so because of what we did I think we were able to be successful in the mission to go after bin Laden.

WION: It sounds like a serious trust deficit with a government that America has throughout called an ally in the war on terror. Did the US government inform any other country and was India on the list and what was the reaction from New Delhi?

Leon Panetta: We had made a decision that if we were able to get bin Laden that rather than having him buried in Pakistan or elsewhere where it could become a shrine that we would bury him at sea and we did it in the Indian Ocean.

We advised countries of the fact that we would bury him in the Indian Ocean and India as always was very supportive. I think for my purposes both as director of the CIA and secretary of defence, I found India to be a very close ally in the effort to try to protect the security of both India and the United States

WION: Do you fear that Pakistan still harbours terrorists who pose a threat to the security of both the US and India?

Leon Panetta: I don't think there's any question that Pakistan continues to have relationship with various terrorist groups. We were very concerned when we were fighting in Afghanistan, that there were terrorists who were coming across the border from Pakistan to attack our forces and we continued to complain to Pakistan that they had to take steps to prevent that from happening but they never really did. They also used terrorism as a vehicle to undermine stability not just in Afghanistan but also in India. I think the United States has expressed concern that Pakistan had to do more to deal with terrorism in their country.

WION: How does it help Mr. Panetta, when the US government after knowing everything that you have just told us gets Pakistan on board when it tries to negotiate peace in Afghanistan?

Leon Panetta: Well that's a challenge and it always has been, I think. You know we have continued to try to work with Pakistan. When I was the CIA director, I tried to work with their intelligence services. When I was Secretary of Defense, I tried to work with their defence ministry but while there were those that did provide cooperation, the fact was there were many that maintained ties to terrorist networks. As a result, it's sometimes very difficult to trust Pakistan to be supportive of efforts to achieve peace in Afghanistan or in that region.

WION: Does India not have any role in the Afghanistan peace process according to you and what role do you see for India apart from the developmental aid and all the work that the government is doing?

WION: You have always advocated deeper defence ties between India and the US but there was a time when New Delhi was reluctant to be seen as a military ally of America. Things have changed now as the two countries call each other strategic allies and they are meeting in a matter of days for the Quad meeting and this is being seen as an alliance to counter China. What role do you see in this new strategic equation?

I think it's critical that countries that believe in democratic principles, that believe in the values of freedom and liberty and the ability to self-govern and the dignity of the individual, that those countries should work together when it comes to security.

I am concerned that there have been events on the China-India border that have occurred recently that raised the spectre of potential conflict and I think we have to make it very clear to China that the US will stand with India if there is any conflict in that region.

WION: How far do you think the US is prepared to go in the event of a conflict with China?

Leon Panetta: I think that the United States owes it to our allies to be able to support them in any potential conflict. Now, how far we go whether we directly involve ourselves, I think that's going to be a question depending on China's actions and their intentions.

So, I think the United States will determine whether or not this is an aggressive action by China or whether this is an error of some sort by people along the border area to determine just exactly what role it will play in that type of conflict.

WION: Do you think the United States and other global institutions and leaders are doing enough to hold China accountable for what the world has suffered this year?

Leon Panetta: No, I don’t. We are essentially in a Cold War with China and I think that China has taken steps to try to take advantage of opportunities because they view the United States as pulling back from responsibilities in the world whether it's trade or in other areas and they've taken advantage of that and they also continue their military aggressiveness in developing areas and militarising the islands in the South China Sea.

In the approach they've taken towards Hong Kong and Taiwan, they have been particularly aggressive, and we also have had a difficult relationship with regards to trade.

WION: Do you think India is doing that?