Don't give media too much masala: PM Modi's advice to party members 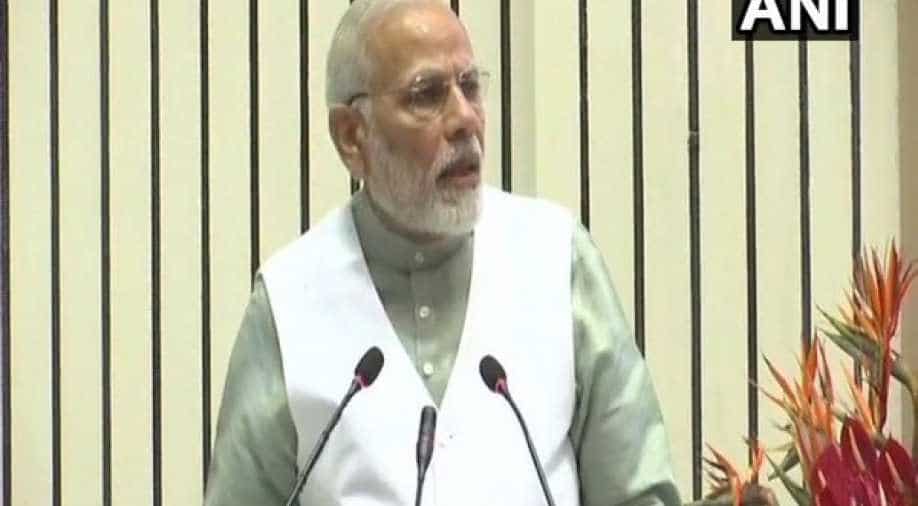 Prime Minister Narendra Modi on Sunday had a conversation with the party lawmakers and legislatures using his Narendra Modi App and asked them to keep a distance from the media.

"We commit mistakes and give masala to media. The moment we see a camera, we jump to make a statement as if we are great social scientists or experts ... and then these ill-informed statements are used by media. It is not the media's fault," he said.

“If everyone starts giving opinions then the main issue gets deflected and harms the party and personal image. Specific people have been appointed to reply on issues,” the PM said.

This comes following the much-talked-about Kathua rape case where two BJP ministers passed remarks and subsequently stepped down from their posts. They have also gone public demanding a probe by the Central Bureau of Investigation, aggravating the situation in the state which is widely polarised over the issue.

Modi also praised the party members for their continued hard work and said that his government was focusing on education for children, opportunities for youth and healthcare for the elderly.

He also asked all the party MLAs to undertake at least one developmental work for villages under them, while directing MPs to increase their Twitter followers to at least 3 lakh. During the one hour-long interaction, the PM said 11 crore people had already benefited from the Mudra Yojana scheme.