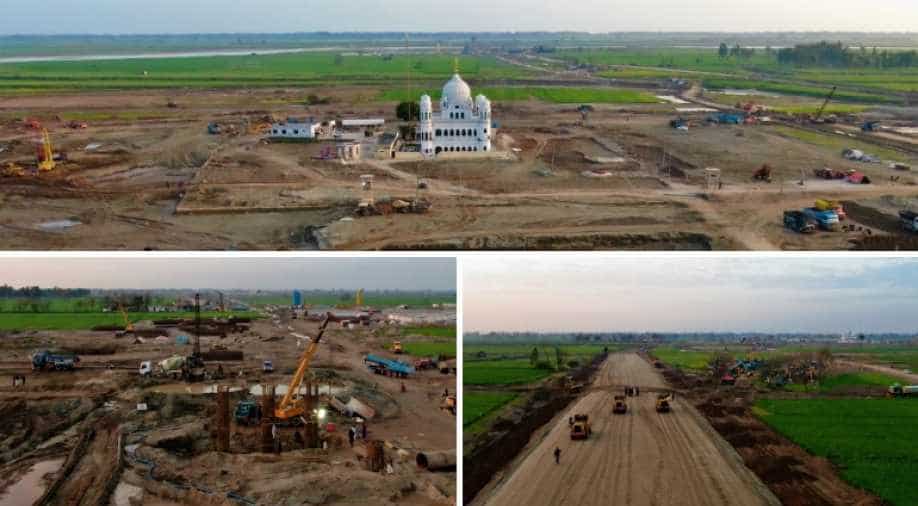 The Bharatiya Janata Party (BJP) on Friday urged Pakistani Prime Minister Imran Khan to take back proposed service charge of US $20 for each visiting pilgrim to Kartarpur Sahib and said if the neighbouring country, which is facing financial crisis, needs the money invested there in the development of the Sikhs shrine, the Sikhs will transfer the amount.

"It is very sad that in the name of pilgrimage services, the Pakistan government is charging `jazia` (a tax on non-Muslims) of US $20 for each devotee visiting Kartarpur Sahib Gurudwara. If you calculate together, it will be around Rs 255 crore annually, the amount Pakistani government would be getting through this. I appeal Pakistani Prime Minister Imran Khan Sahib. Please don`t charge this," BJP National Secretary R P Singh told ANI.

He said the proposed Pakistani service charge of US $20 a visitor was against the basic spirit of Sikh ideology and Imran Khan should understand it.

"I have been told that they invested money in Kartarpur Sahib. Let us know one time the amount you invested there. We would request SGPC to open an escrow account. And Sikhs will send the money to you," Singh, a prominent Sikh face of BJP in Delhi said.

He said the devotees wishing to visit Kartarpur are not only Sikhs but Sindhis and from other religious communities and there are many who can`t even afford $20.

Calling the service charge as "jazia tax", the BJP leader said he will write a letter to Imran Khan requesting "please don`t charge this tax".

Singh also slammed Congress and former Prime Minister Indira Gandhi for missing the opportunity to barter over 90,000 Pakistani prisoners of war in 1971 for Kartarpur Sahib and said, even Nankana Sahib could have been brought to Indian side on this account.

"Sikhs at large pray that all those places left behind Pakistan should get the opportunity to visit there. But the people who decided demarcation at that time did not think of it. Not only that, in 1971, when over 90,000 Pakistani soldiers were with us, we could have decided to bring Kartarpur Sahib to our side," he said.

In 1971, India won the war against Pakistan that resulted in the birth of Bangladesh (then East Pakistan). On August 2, 1972, India and Pakistan signed the Shimla Agreement under which India agreed to release all the 93,000 Pakistani prisoners of war. It was also the largest military surrender after World War II.