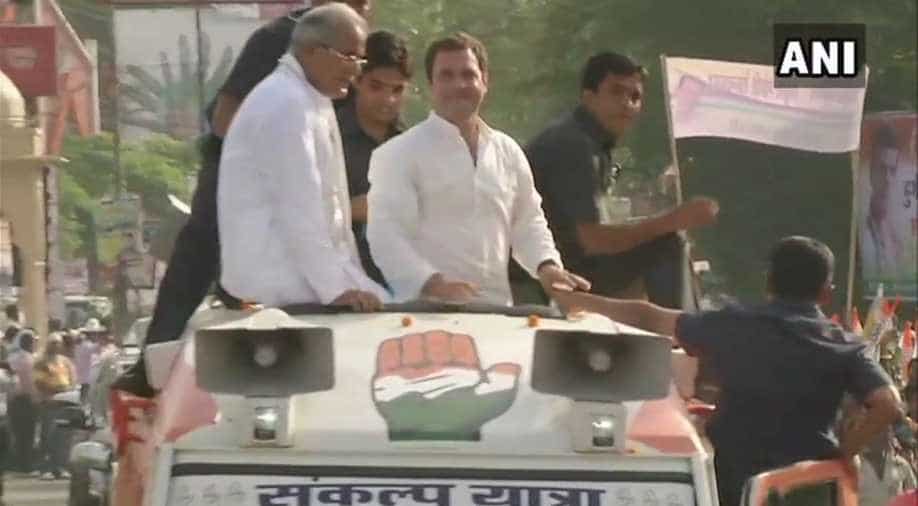 Congress chief Rahul Gandhi on Friday accused the BJP of dividing people and making them fight among themselves, alleging that the situation in the country was deteriorating and the Dalits and tribals were being attacked.

He also questioned Prime Minister Narendra Modi's "silence" on various issues, including the alleged rape of a girl in Unnao by a BJP MLA.

"The atmosphere in the country is deteriorating. Dalits, Adivasis (tribals), women and youth are being attacked. Wherever the BJP is in power, it is dividing people and making them fight among themselves," he alleged.

The Congress president was answering questions posed by his party's booth-level workers in Bilaspur.

"A BJP MLA from Uttar Pradesh raped a woman, but the prime minister does not even utter a word. When a PM does not give direction, a country becomes direction-less.

"When the PM does not say anything in the Unnao case, in the Rohit Vemula case and when the Dalits are attacked, then they (accused) feel what they were doing is right. A PM gives direction to the country, while a CM does so in case of a state," Gandhi said.

He said if the Congress was voted to power in Chhattisgarh, then those who commit crimes against women and Dalits would be strictly punished and jailed.

"If anyone breaks the law of the land, stern action will be taken against them," he said.

Gandhi's two-day tour of Chhattisgarh, where Assembly elections are due later this year, started yesterday.