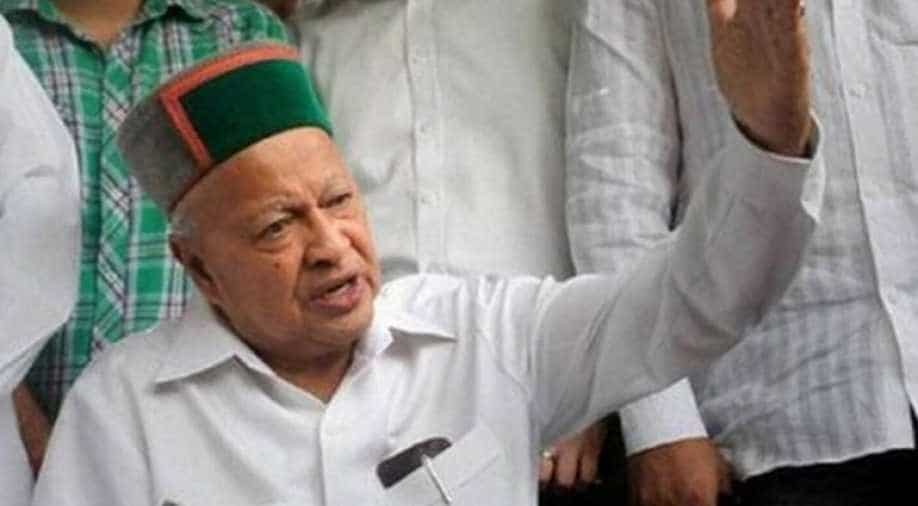 The trial court is yet to formally frame the charges against the couple and the matter is listed for January 29.

The 82-year-old Congress leader and his wife have sought quashing of the December 10, 2018 trial court order directing framing of charges against Singh, his wife and seven others in the case lodged by CBI.

The trial court is yet to formally frame the charges against the couple and the matter is listed for January 29.

A Delhi Court on Dec 10 last year ordered the framing of criminal misconduct charges against Virbhadra Singh, his wife & others in the DA Case against them. Court had ordered to frame charges under section 13(2) read with section 13(1)(e) of prevention of corruption act. https://t.co/VODOaOpYgb

The court had in its December order said that Singh intended to cause loss to tax authorities by presenting unaccounted money as sale proceeds of apples and had also ordered framing of charges against his wife and seven others for allegedly abetting in the offences.

The CBI had registered the case against Singh and others for allegedly amassing assets worth around Rs 10 crore disproportionate to their known source of income when he was the Union Minister in the UPA government.